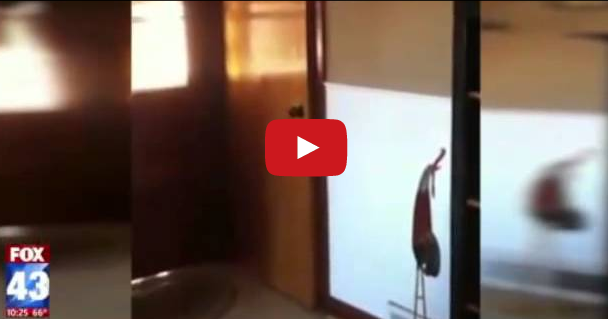 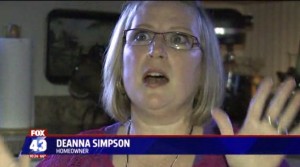 TV Reporters Attacked By Ghost In Haunted House. When Deanna Simpson reported to churches and journalists that her home is not only haunted, but inhabited by demons, these TV news reporters were quick to request an interview. Simpson claims that over the years of owning her home, it has been inhabited by not only one, but several entities as well as an actual demon. While journalists were present and reporting, the cameraman was scratched on his wrist out of nowhere and felt a strong burning sensation. He was quickly remedied with holy water, and prayed over an attempt to thwart the other-worldly presences.

Throughout the video, you can see orbs floating in the home by the main stairwell as well as a shadowy figure which looked like a hand streaming across the camera view. Priests, journalists and paranormal investigators have been invited to the home in an attempt to remove the entities and the disturbing things that haunt the homeowner. So far, Simpson still continues to report that the ghosts bother her and her family to this date. A segment on the Travel Channel is being prepared and will soon air. There’ve been numerous audio recordings made within the home. On one a disembodied voice can be clearly heard saying, “Come here.” There are also video recordings documenting what Simpson claims is a demon. Simpson continues to live in the home and has no plans to move anytime soon. CLICK HERE —> TO LIKE DAILY BUZZ LIVE ON FACEBOOK! You can check out the video below and see the proof for yourself!