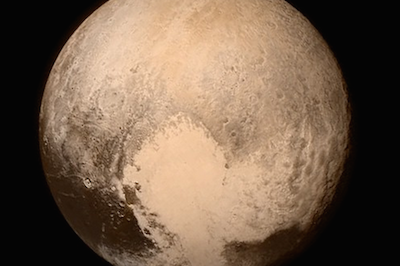 Photo Of Pluto: A Historic Moment In Space!

NASA’s New Horizons spacecraft made its historic flyby of Pluto early Tuesday after traveling 3 billion miles on its epic journey which lasted more than 9 years.

New Horizons made its closest flyby at 7:49 AM ET, passing within 7,750 miles of Pluto’s surface, roughly the distance between New York and Mumbai.

An image released by NASA, taken before the flyby, showed the dwarf planet closer than ever before.

The flyby sparked celebrations at the Johns Hopkins Applied Physics Laboratory in Laurel, Md, which is managing the mission.

“So many people put so much work into this around the country,” said Alan Stern, associate vice president of the Southwest Research Institute at New Horizons principal investigator. “It’s a moment of celebration.” 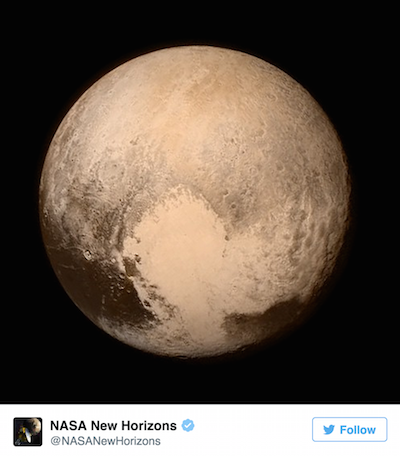 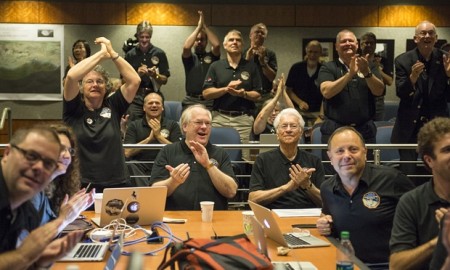 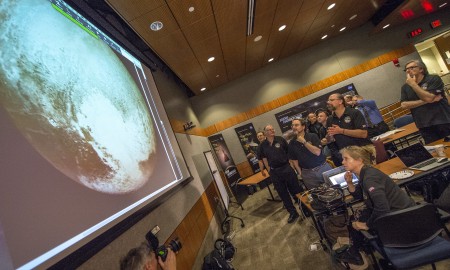