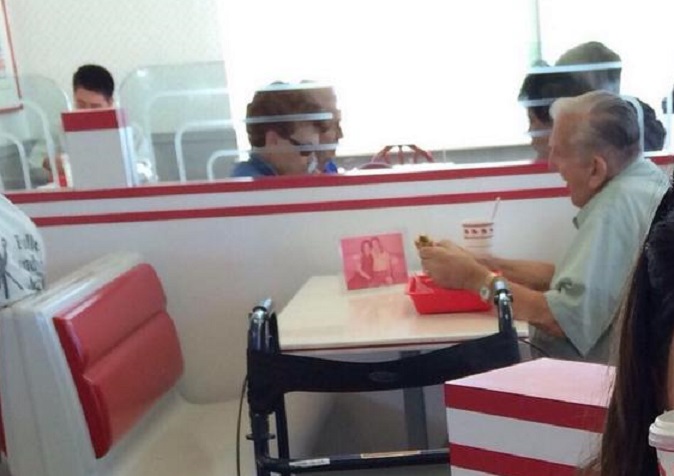 Seeing a picture like this every once in a while helps to restore my faith in humanity.

Of course, eating alone is not that uncommon, but it was what he had on the table that caught people’s attention.

The woman who snapped the photo, Madina Bashizadah, noticed a picture the man had sitting on the table in front of him while he was eating. According to workers at the restaurant, it is something he brings out with him every time he dines.

Bashizadah explain the photo in more detail in an email to the Huffington Post:

“The older gentlemen was sitting down enjoying his meal and I noticed that he had a photo with him,” she said. “automatically, I assumed she wasn’t here with us and I started tearing up because it was such a beautiful moment but heartbreaking all at the same time.”

Apparently, Bashizadah wasn’t the only one who spoke with the man. With each diner who approached him, “he was happy and excited to talk about her.” 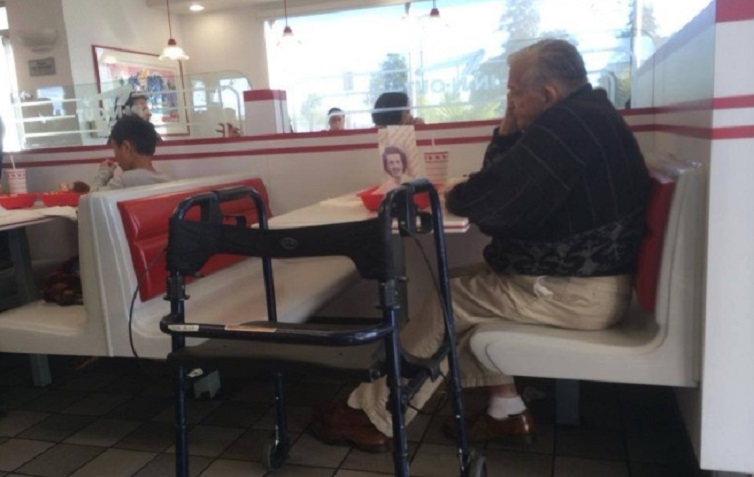 She explained the full story behind the man and his wife’s longtime marriage:

We found out that she was his sweetheart, his wife who passed away five years ago. They met at 17 but the war had kept them apart. He had searched for her for 10 years and one day as he was telling his barber the story, the barber calls his daughter in and it ends up being her.

They were married instantly and it lasted for 55 years until she passed. He takes her photo everywhere. On one side of the laminated photo it’s him and her sitting on a couch together and on the back it has a photo of him and her side-by-side when they were young. Goes to show you true love does exist.