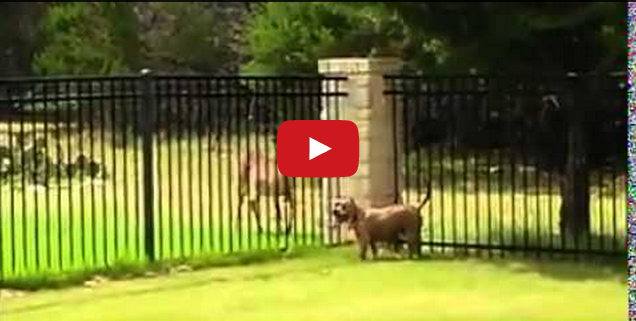 How This Pit Bull And Deer Became BFF’s For Life! It’s so beautiful when you see two species, despite their obvious differences, come together to play. That is the case for this Pit Bull named Zeke and his new best friend, who remains unnamed. They found they both love the game of chase as they run back and forth along the fence. Zeke’s owner told Fox news, “I watched them for a little bit before it even occurred to me that I had my cell phone in my hand. So at that point I just started filming.”