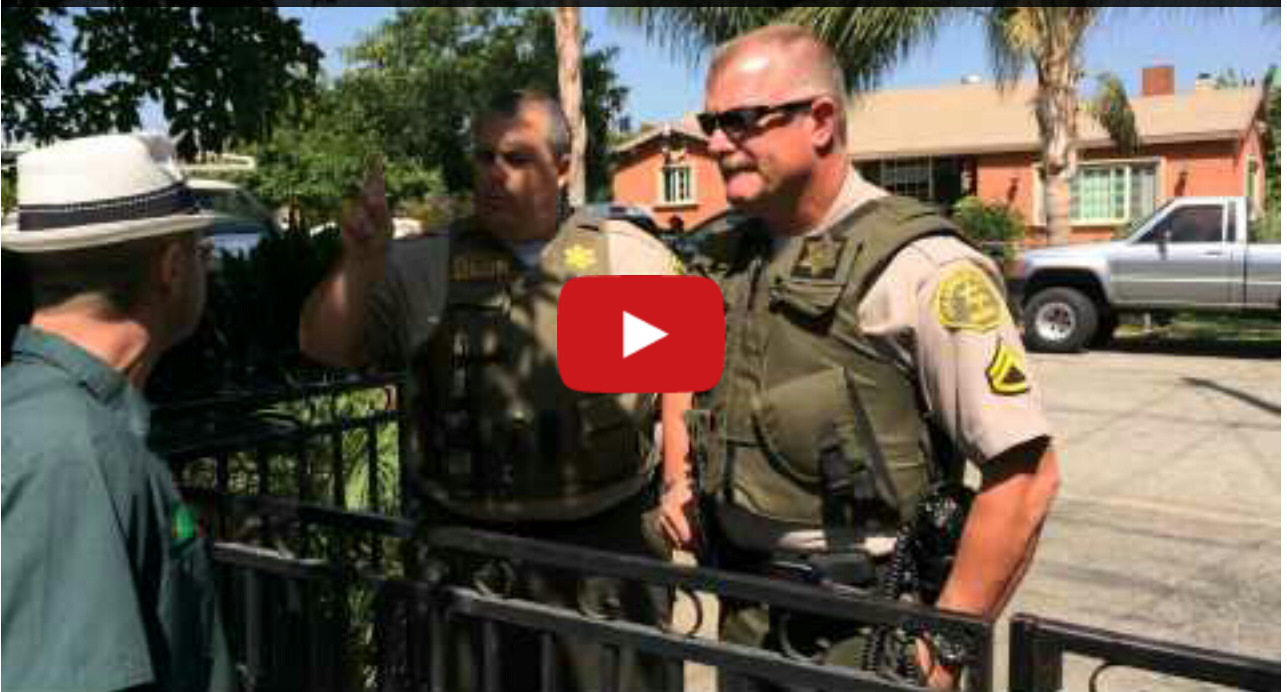 This innocent man refuses to back down to police.

This video shows the police harassing a man on his own property, who was on his way to work. The man knew his rights and he knew he was innocent, so he was not about to back down to the police officers who were trying to bully him.

One of the officers even drew his gun. The innocent man requested that the officer “Holster his weapon”, but the officer refused. They even ordered him to go inside his home or he was going to get attacked by police dogs.

According to the Los Angeles County sheriff’s deputies, they were looking for a suspect who had allegedly fled their custody when they came upon the house of this man.

You can tell, the officer that drew his weapon, was salivating like a rabid dog, just waiting to use his weapon on this man. Choppers were circling overhead of the man who had done nothing wrong.

Despite the officers intimidation, a drawn pistol and threats of a dog attack, this guy still refused to stand down.