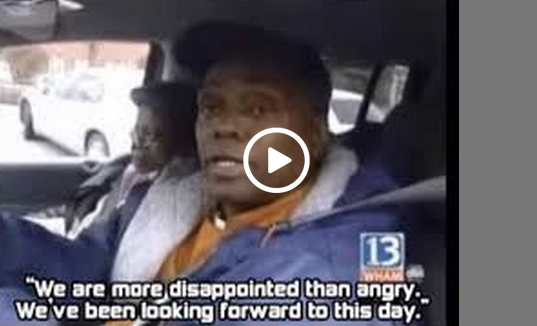 Popeye’s Runs Out Of Chicken In Rochester, New York. I came across this report that came out awhile back on the Internet that shows angry customers, hungry customers, turned away at the drive-through of Popeye’s chicken because they ran out of chicken. A fried chicken promotion at Popeye’s, eight pieces for $4.99, was apparently too good for the New Yorkers to pass up. Cars filled the Popeye’s Chicken and Biscuits parking lot and spilled out onto Lake Ave to get the one day only deal. When this franchise in Rochester ran out of chicken, some customers drove to the Popeye’s in Penfield, which ran out of chicken too. “It was quite the promotion,” said Jeff Fetter, shift manager. “It was phenomenal. We had people trying to place multiple orders. The promotion only allowed one order per person.”

Okay, I understand that. But I just can’t get past the racial nature of the news broadcast. If the lines were backed out to the streets, at two different Popeye’s locations, how difficult would it be to find one person who was not African-American to interview? I am sure they could have found at least one! But no. It’s like the media just feeds on promoting stereotypes, as the two non-African-American news anchors chuckle and shake their heads at the end. The news media knows exactly what they were doing when they went out there to film angry black people, unable to purchase their Popeye’s chicken. I’m not saying it’s completely racist, I just think the media had too much fun with this story.