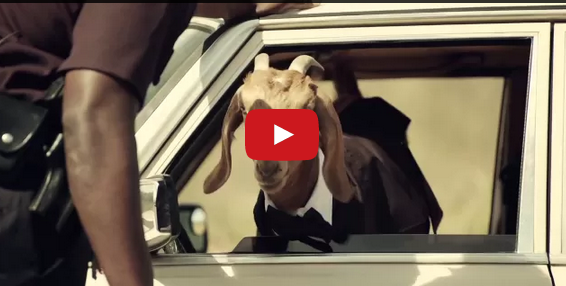 Is This Mountain Dew Commercial Racist? Last year PepsiCo pulled this Mountain Dew ad created by the founder of hip-hop group Odd Future because critics blasted it’s violent undertones while another called it “arguably the most racist commercial in history.” The video was created by Tyler Gregory Okonma, better known by the stage name Tyler, the Creator. PepsiCo, which owns Mountain Dew, said it was pulling the ad. “We apologize for this video and take full responsibility. We have removed it from all Mountain Dew channels and Tyler is removing it from his channel as well.” The commercial stars a character, Felicia the Goat, in a police lineup among members of Odd Future.

Boyce Watkins, a finance professor from Syracuse University wrote a blog post about the ad entitled, “Mountain Dew releases arguably the most racist commercial in history.” Watkins states, “Of course, in the world of Mountain Dew, every single suspect is black.” Watkins has previously published a lecture series called, “Commercialized hip-hop, the gospel of self-destruction.” In the video, a woman is trying to identify the suspect while being threatened by the goat, which tells her, “I’m going to get out of here and do you up.” Watkins wrote, “It appears that Mountain Dew is right on board with the degradation and disrespect for the entire African-American community, being pursued by the worst in the hip-hop community. This ad has to be one of the most irresponsible pieces of trash in the history of corporate advertising.” What do you think? Is this ad the “most racist commercial in history”?