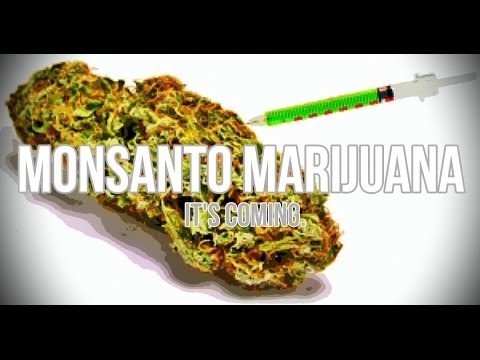 The Pot You Smoke Could Be GMO.

GMO’s have become a very hot issue in this country. With what could be seen as a massive increase in resistance from the people who are actually informed on this issue. Many countries have passes legislation that ban such products from being sold in their country. While America is still one of the leading consumers of GMO products. Our governments don’t require for their to be any labeling on GMO products and independent research on them is usually attacked and silenced very quickly. Now the infamous company Monsanto, is talking about patenting a new type of genetically modified product. Marijuana. 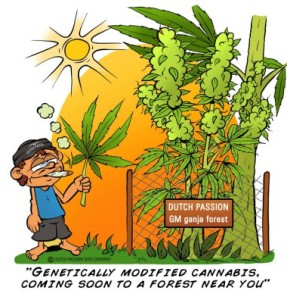 That’s right GMO pot may be on it’s way to the United States very soon. The company Drug Policy Alliance y Open Society Foundation is looking to create its own “brand” of marijuana, which will be produced under cannabis information portal La Red 21. This company is directly owned and funded by the giant Monsanto and will be responsible for the market development of transgenic pot seeds. These seeds will be used in the country of Uruguay because Uruguay was the first country in the world to officially legalize the production and sale of marijuana.

Why would a company like Monsanto want weed as its next major GMO crop? Well money of course and a way into an industry that is already corrupted from the inside out. Big pharmaceutical.
Clearly if Monsanto makes GMO strains of marijuana, they will probably be focusing on a “potency” that they can patient and use for medicine. If they go this route they could then get doctors and pharmacists to push their strain of “medical marijuana” and make tons of cash. Doesn’t this sound like exactly what’s been going on in the pharmaceutical industry for years already? Well now Monsanto wants a piece and doesn’t care what the side effects of their products are.

Did you know that human studies of the use of GMO products show organ damage, gastrointestinal and immune system disorders, accelerated aging, and infertility? Also since the release of GMO products back in 1996 there has been an increase in chronic illnesses, jumping from 7% to 13% in just 9 years; food allergies have also skyrocketed and disorders like autism, reproductive disorders, digestive problems and others are also on the rise. Now they want us to actually inhale this stuff that does all of this when ingested?

The even scarier thing is that seeds of GMO crops can cross pollinate and contaminate other crops of the same kind. Not only does that mean that any marijuana crop cross pollinated with Monsanto’s patented gene now belongs to Monsanto, but it also means that other strains could become contaminated and destroyed by the genes. Monsanto isn’t the only one trying to get in on this cash cow though. There are plenty of other companies trying to create a GMO pot product. One of them is Microsoft’s former strategic director Jamin Shively.

Shively’s new company that he is trying to launch will be based in Seattle and will be selling pot to both Washington and Colorado. The scary thing is that his major plan is to take over pot distribution all over the world. “We will see to ensure that in our hands was 40% of cannabis in the world.” Sounds like Shively and Monsanto may become pot super-villains in no time. The best thing we can do is stay informed and not subscribe to any GMO related products. That way we can help contribute to the coming tipping point of consumer rejection for these products, hopefully forcing them out of out food, and now recreational, supply. Share this if you support stopping GMO marijuana production.