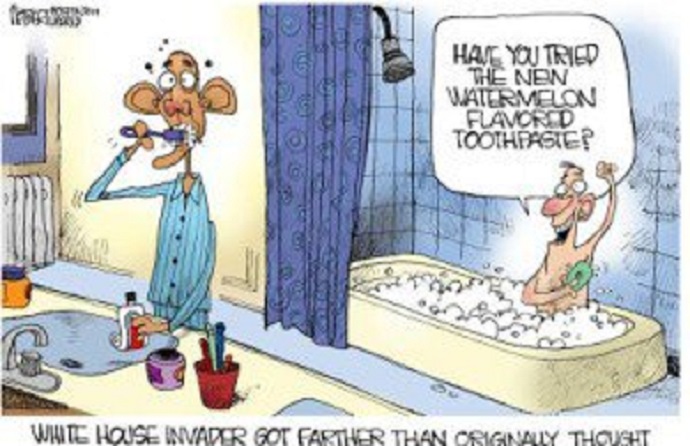 The Wednesday edition of the Boston Herald shocked readers when it published a cartoon satirizing the Secret Service failures that many found offensive.

This racist cartoon in the Boston Herald features a man in a bathtub asking the president if he has tried “watermelon” toothpaste.

Critics suggest the line referencing “watermelon” was a not-so-subtle racist jab at the President because of the history of such imagery. 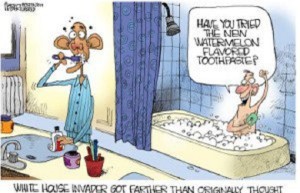 Yet, cartoonist Jerry Holbert stands by his cartoon saying it was just a misunderstanding being blown way out of proportion. “I had no intention at all of offending anybody,” Holbert told CBS. “I thought this was a very lighthearted cartoon, just suggesting that the guy got as far as the bathtub and he’s recommending a different toothpaste for the president.”

When asked why he chose “watermelon” as the flavor, Holbert said it was his kid’s favorite flavor of toothpaste.

While Holbert said he disagreed with the racial connotations, he agreed to change the flavor for his syndicate.