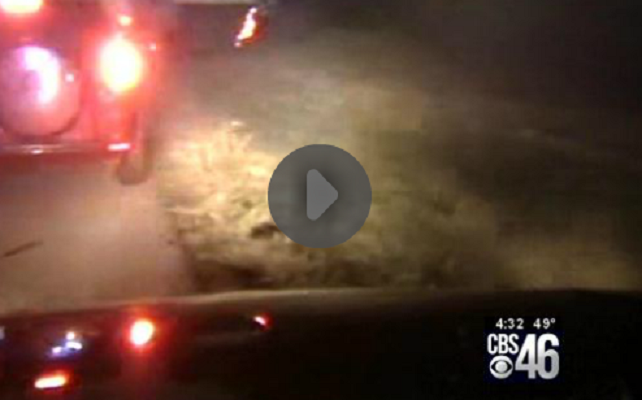 A police officer and a FedEx semitruck driver were injured in a crash on I 85 S Barrow County near mile marker 127 Friday morning. The FedEx truck was traveling southbound when it struck a patrol car that was on a traffic stop.

The officer, who has been identified as Christopher Earls, walked up to the car he pulled over. Then, as he walked back to his patrol car, a FedEx tractor-trailer slammed into his vehicle, shattering the glass.

Police say the impact of the crash caused the patrol car to hit the officer in the leg, but he was not seriously injured. The tractor-trailer overturned off the roadway and the driver was trapped. Crews had to use the Jaws of life to pull him out of the truck. The truck driver was airlifted to an area hospital. There is no word yet on his condition.

You can see how it all took place in the video below.