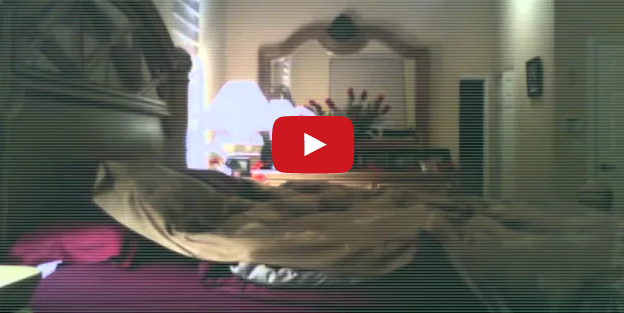 What you are about to see is 100% real, unedited raw footage. This video was recorded over a 5 hour period, but was sped up for time purposes.

The person who filmed this video is an agnostic and confirmed skeptic. Until now, he had never believed in ghosts, demons or anything related to the paranormal.

In April 2011, his family moved into their new home. He and his wife were having an ongoing argument regarding who should make the bed. She was always the first one to be up in the morning and the first one to leave for work.

He ALWAYS made the bed, but she claimed it was never made when she got home.

Unknown to her, he decided to set up a hidden camera in the room to prove to her that he always makes the bed, and to probably catch her messing it up.

What happened next has terrified him and his wife and caused him to reconsider his beliefs.

He was quoted by saying, “For the first time in my life, I am truly scared.”

Below is the actual time lapsed video. Check it out!!

If you have any paranormal videos you would like us to share, please email us at DailyBuzzLive@gmail.com