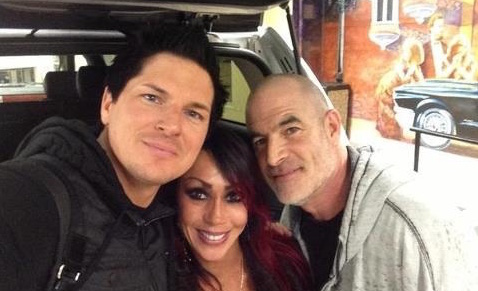 In what police believe is a related incident, a third person was found dead in a home in northwest Reno.

The Constantino’s were found inside their daughter’s apartment near Sparks High School.

SWAT teams from both Reno and Sparks police surrounded the Courtside Gardens Apartments, evacuated the complex and put it on lockdown.

Police began their investigation shortly after 6:30 AM when a woman arrived at a home in Escalera Court to find her male roommate dead inside, Reno Police Lt. William Rulla said. His name has not been released.

Police learned that another roommate, Debbie Constantino, was missing. Officers tracked her cell phone and found her inside the apartment in Sparks with her estranged husband.

Upon arriving at the apartment, officers knocked on the door and heard several shots fired, said Reno police Deputy chief Tom Robinson. The suspect told police, “Give me 15 minutes to gather my thoughts or I’ll kill her,” Robinson said.

Officers said they heard a man yelling at police to leave. Officers began negotiating with the man, but eventually used explosives to blow the door open and found the couple dead inside. Police did not say how they were killed or what kind of gun was used. According to KRNV-TV, police said the couple had a long history of domestic violence, and Mark Constantino had allegedly kidnapped Debbie Constantino a few months ago. Records indicate he was arrested in August and booked on suspicion of domestic battery by strangulation, first-degree kidnapping and first-degree domestic battery.

The Constantino’s were involved in several television programs about ghost hunting, including ‘Ghost Adventures’, police said.