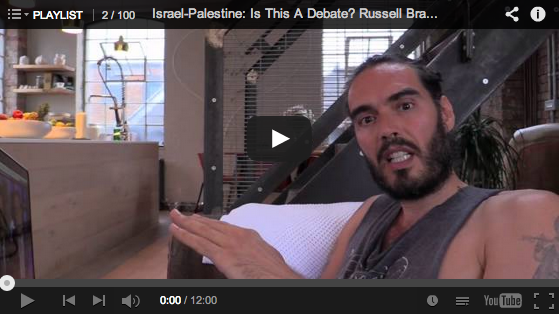 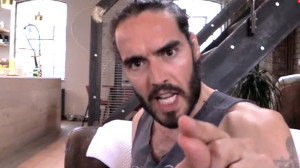 Russel Brand Tears Apart A “Childish” Segment On The Sean Hannity Show. For years now mass media in the U.S. has seemingly shaped how we view other countries and situations of violence through propaganda and intimidation or persuasion. The most prevalent of these networks feeding us contorted information is Fox News. Russell Brand’s YouTube channel has released a new video on Tuesday that more than dismantled a very childish and rude segment from the Sean Hannity show.

The segment that Brand’s YouTube show, The Trews, covered was called “Sympathy For The Terrorists” and the background image was two men holding rocket launchers. As Brand Put it, “It’s already clear that Sean has an angle.” One of the guests that Hannity had on his show was a Palestinian-American and executive director of the Jerusalem Fund, Yousef Munayyer. I personally felt bad for the guy because as soon as the interview starts, Hannity is already shouting and pointing his finger at the screen in a very antagonistic and aggressive way. Munayyer barley even got a word in and though his demeanor was calm and rational Hannity still responded with aggression and intimidation. As Brand said when Munayyer asked if he could speak, “Good luck with that mate. Sean doesn’t want an answer to his question. Sean wants to say more stuff while jabbing his finger aggressively.”

This is quite true and leads people that have an open mind about the motivations that drive people to do horrible things tend to see that Hannity himself is the one being a terrorist in this interview. He is clearly using intimidation to get what he wants. Even Munayyer asked if he was a guest or on a witness stand when Hannity kept asking the same question over and over, “IS HAMAS A TERRORIST ORGANIZATION?!” A question that he had already answered by the way. Hannity was just too busy yelling to hear it. What it boiled down to is that Hannity only brought Munayyer on the show to make him agree that Hamas is a terrorist organization, by any rude or childish methods he could think of.

Brand has a nice way to make a comedic situation about a completely awful situation, but does it in such a way that we are still able to get the point of his show. The dismantling of this mass media is

the YouTube channel’s main goal and it seems to be doing a great job at it. If you haven’t subscribed to it yet I would highly recommend it. Although clearly the most valuable observation that Brand made was that Hannity looks alarmingly like the Ken doll from Toy Story 3.