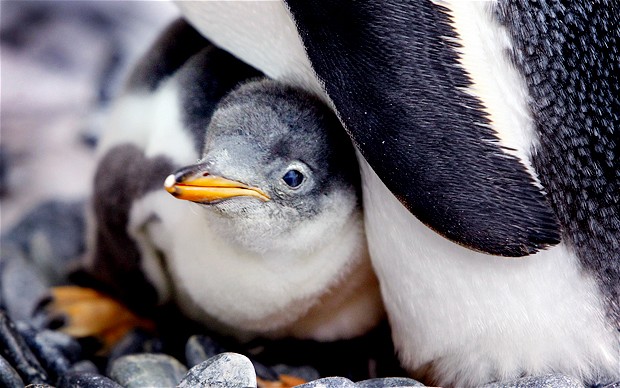 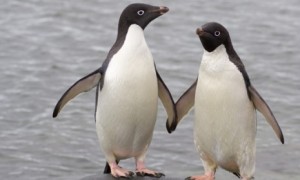 Same-Sex Penguin Couple Adopts Abandoned Chick, Raises It as Their Own. Two male Humboldt penguins in a Kent, England wildlife Park are being hailed the “best penguin parents ever” after the same-sex pair adopted an abandoned chick. After a penguin named Hurricane refused to help his mate, Isobel, incubate their tiny baby egg, Isobel abandoned the egg as well. According to Hurricane’s owner, the penguin is “happy to get Isobel pregnant,” then “seems to think that his job is done.” That’s not how it works, buddy! The egg was given to the male couple, Kermit and Jumbs, and the pair successfully hatched it in April.

Since their pairing back in 2012, this is their second attempt at hatching an egg. The first, which also came from Isobel, sadly failed to hatch. Luckily the two had better luck this time around! Though the wildlife park owners were initially a bit upset over the matter, because two males deciding to be life partners meant that there were now four animals unable to reproduce (counting the two females that they would not impregnate), they’ve come around to the idea. Owner Jackie Binskin admits that the park’s breeding efforts with this species are still very new and in the early stages, but “having such good surrogate parents available should we need them is a huge bonus for us.” This just goes to show that even the most unlikely of pairs can make proper parents. Best of luck to you, Jumbs and Kermit!