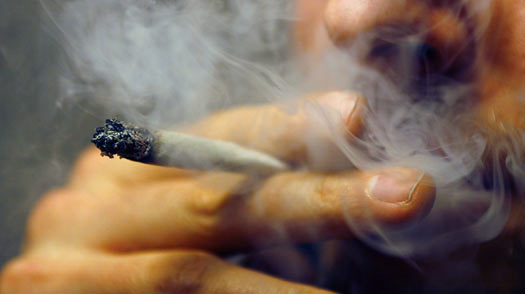 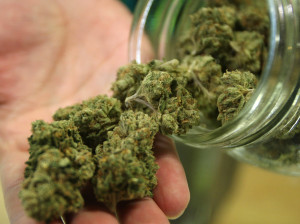 It may be a surprise to all the avid pot smokers out there, but according to the American Lung Association, marijuana smoke deposits about four times as much tar into the lungs that regular tobacco smoke.

This is due to the face that marijuana is generally broke up much finer and looser than tobacco so more particles will enter your lungs. Also pot smokers usually inhale for longer periods of time than tobacco smokers.

However, before you go throwing away your blunt wraps and joint papers, there is actually a silver lining.

Even though marijuana may deposit four times as much tar than tobacco, there is no evidence that points to the increased risk of any types of cancer.

In fact a study that was published in the Journal of the American Medical Association, which is the longest known study on the effects of marijuana, shows that recreational use of the drug can actually increase lung capacity. A lung capacity increase that was actually greater than non-smokers.

The study used two tests to prove this known as FEV and FVC. FEV is the amount of air that someone breaths out in the first second after taking the deepest breath possible; FVC is the total volume of 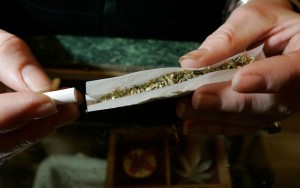 air that is exhaled after the deepest inhalation.

“FEV and FVC both actually increased with moderate and occasional use of marijuana,” says Dr. Mark Pletcher, who is an associate professor of epidemiology and biostatistics at the University of California, San Francisco and lead author of the study.

Clearly Pletcher and others were surprised at the the findings since, “There are clearly adverse effects from tobacco use and marijuana smoke has a lot of the same constituents as tobacco smoke does so we thought it might have some of the same harmful effects. It’s a weird effect to see and we couldn’t make it go away.”

The researchers tried to look for errors or other factors that could explain this phenomena using statistical models, but they could not find any. However, they found that chronic use of marijuana could push the users back down to non-smoker levels or even below that.

The author concludes: “Marijuana may have beneficial effects on pain control, appetite, mood, and management of other chronic symptoms. Our findings suggest that occasional use of marijuana for these or other purposes may not be associated with adverse consequences on pulmonary function. It is more difficult to estimate the potential effects of regular heavy use, because this pattern of use is relatively rare in our study sample; however, our findings do suggest an accelerated decline in pulmonary function with heavy use and a resulting need for caution and moderation when marijuana use is considered.” 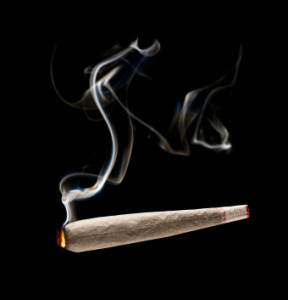 This makes sense, but there is an even greater silver lining for all you habitual smokers out there: there is still no link between smoking pot and any type of lung or upper airway cancer and the evidence to support lung damage is very weak.

This may be because of the amazing effects that THC has on the body. THC has anti-inflammatory and immune suppressing properties, which may prevent lung irritation from developing into chronic obstructive pulmonary disease (COPD), which is frequently caused by tobacco smoking.

It also has well-defined anti-tumoral effects that have been shown to slow down the growth of a variety of cancers which probably counteracts the potentially tumorigenic effects of the carcinogens in marijuana smoke.

Whatever the case may be, it seems that even chronic smoking isn’t the worst thing for your health. The most it seems will happen is that you will decrease your lung capacity slightly.

As for moderate
smokers, your lung capacity is probably better than that of the average non-smoker. It seems that people who demonize smoking pot will have to find another reason than, “Because it’s bad for your health.”