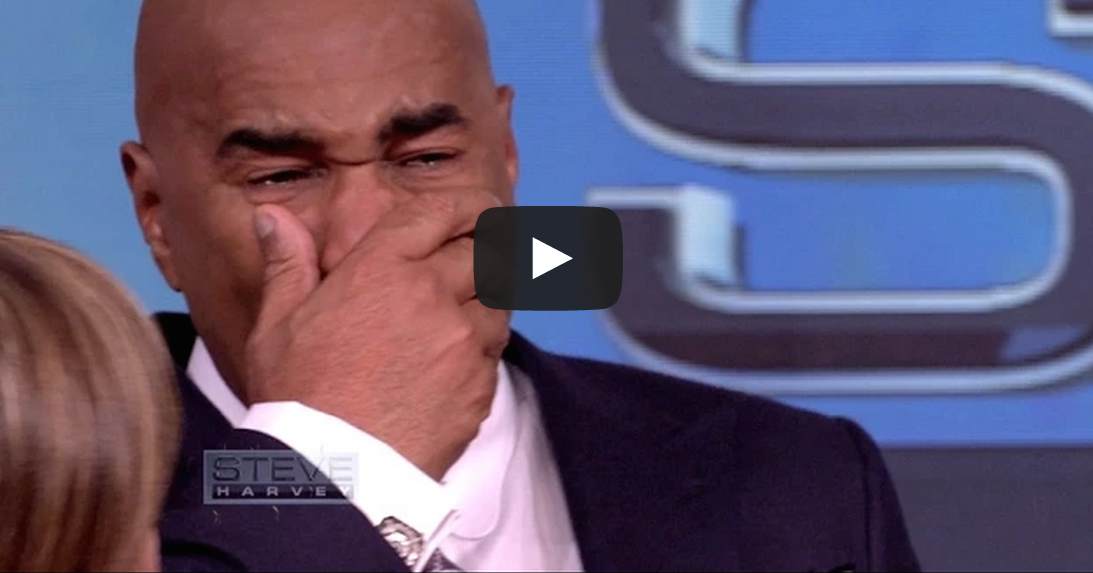 Steve Harvey Breaks Down In Tears When He Sees His Birthday Surprise.

Steve Harvey was caught up in an emotional moment on live TV when his loved ones, and people from his childhood, gathered together to celebrate his 58th birthday.

As the cameras were rolling you can see that the man of the hour was incredibly moved by all the love.

In the emotional moment, Harvey learned that not only has the Mayor of Cleveland declared January 17 to be “Steve Harvey Day”, but the city also renamed the portion of the E. 112th St. she grew up on as “Steve Harvey Way”.