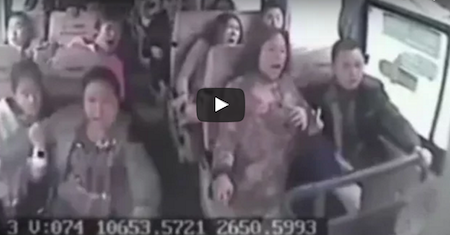 Authorities in Guiyang city in southwest China’s Guizhou Providence have released footage showing the final moments of a crash that saw a passenger bus turning over killing one person and injuring 13 others.

The case had come to light amid complaints by passengers that the driver had been negligent and had lost control when he lowered his head to check his phone.

In the footage, the driver is seen trying to regain control of the bus right before the crash threw people out of their seats. Based on a preliminary investigation, the police have said that the accident was caused because the road was mucky and slippery.