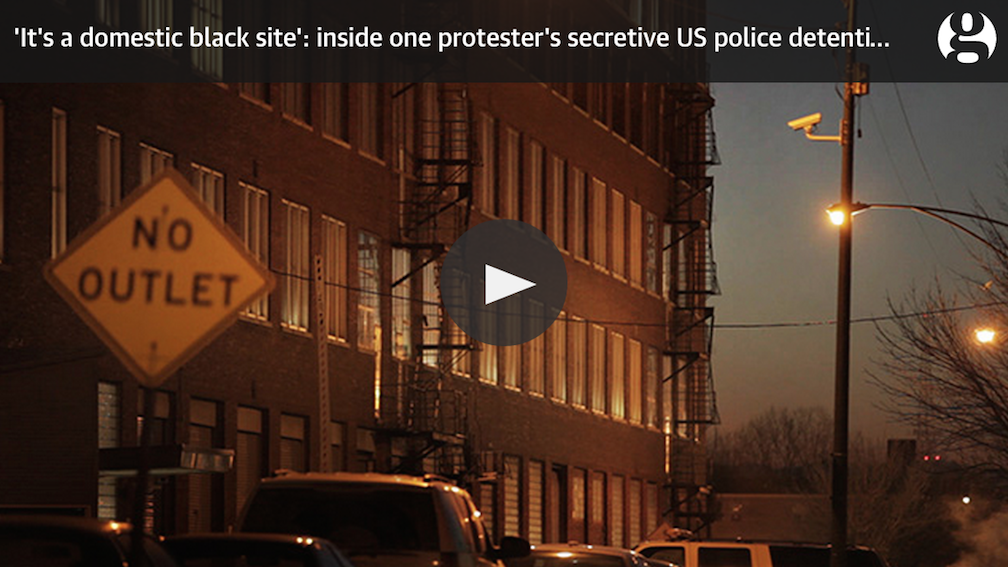 The Chicago police department operates an off the books interrogation compound, rendering Americans unable to be found by family or attorneys while locked inside what lawyers say is a domestic equivalent of a CIA black site.

People are held there for hours at this secret Chicago ‘black site’, you’re a hostage, it’s kidnapping.

The facility is called Homan Square facility. People are now coming forward who can have been taken there and detained –  Saying they were shackled to benches for at least 17 hours without access to an attorney or a phone call.

According to The Guardian:

In the video below, a man named Brian Jacob Church explains what happened to him when he was arrested as a protester at one of the “NATO Three” gatherings.

“Homan Square is definitely an unusual place,” Church told the Guardian. “It brings to mind the interrogation facilities they use in the Middle East. The CIA calls them black sites. It’s a domestic black site. When you go in, no one knows what’s happened to you.”

It leads you to question how many other ‘black sites’ are here in the United States.

How many people in this country, that are on the “missing persons” list might be held at this type of facility?

There are a lot of questions that no one seems to have an answer to.