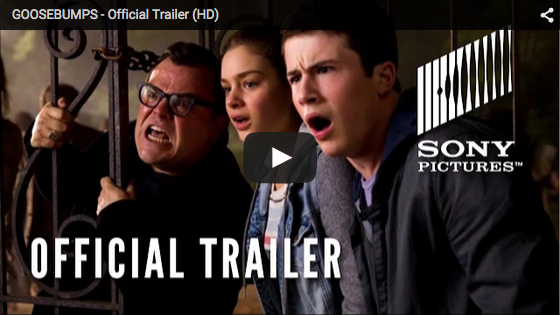 The New Goosebumps Movie Trailer Is Out And It Has All The Monsters You Could Want!

If you grew up in the 90’s you are probably more than familiar with the franchise Goosebumps. Well now there is an upcoming movie based on these nostalgic books that brings all the old monsters to life.

The trailer for the film was released on Wednesday and seems to almost have a Jumanji type vibe. Jack Black plays a fictional version of the writer of the series, R.L. Stine. Stine gets a new neighbor next door that hopes to win the heart of Stine’s daughter. In doing so, he accidentally releases all of the horrifying monsters locked inside Stine’s original manuscripts.

From there it seems to seem like Jumanji like I was saying earlier. They all must capture the monsters that have escaped by forcing them back into the book.

Being that I loved these books as a kid, I’ll defiantly give it a chance, but who’s to say it’ll be good. It might just be another lame attempt at remaking something that was already amazing. The references  to monsters so far though include:

The Abominable Snowman of Pasadena

My Best Friend is Invisible

The Giant Praying Mantis from A Shocker on Shock Street

The Werewolf of Fever Swamp

Why I’m Afraid of Bees 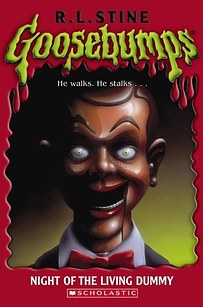 The plant from Stay Out of the Basement

Revenge of the Lawn Gnomes

and my favorite Slappy from Night of the Living Dummy

I’m crossing my fingers that it’ll be good. Check out the trailer below and share it with your friends!