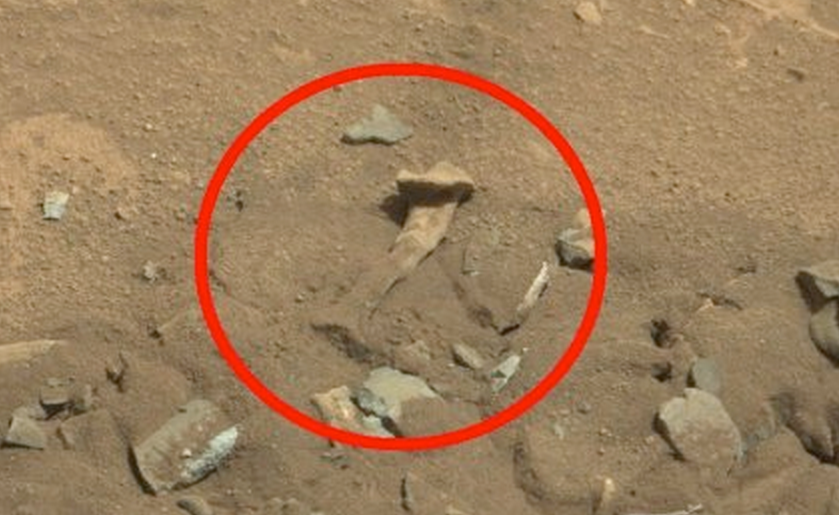 NASA’s curiosity rover has captured photos from Mars that show what looks to be like a thigh bone on its surface.

The people at UFO blogger wrote that the rover’s camera captured this photo of a “fossilized reptilian bone” on August 14.

Side-by-side with an actual thighbone, the object certainly resembles a fossilized femur.

People who have been keeping an eye on Mars claimed to have seen many things from strange faces, and iguana and even a finger.

NASA commented on its website about the strange things they have found on the Martian surface, “On Mars, as on earth, sometimes things can take on unusual appearances.”

Conspiracy theorists believe they have struck gold: an alien thighbone has finally been spotted on the surface of the red planet. Or has it?

To them it is proof that large animals once roamed Mars, possibly even dinosaurs. 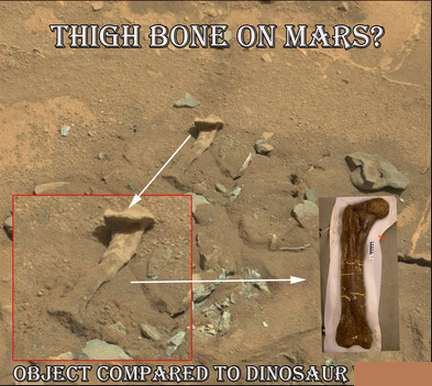 There is some truth to conspiracy theorists hopes of life on Mars, with scientists pointing out last year that the asteroid impact that killed the dinosaurs could have flung rocks carrying organic matter to the red planet over 66 million years ago.