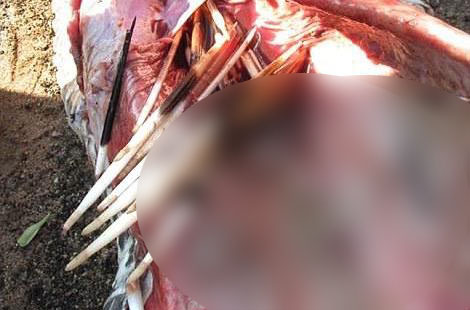 Apparently snakes don’t think about what they’re going to eat before they attack it!

And for the snake, his dinner choice did not turn out so well for him.

The snake was found underneath a rocky ledge at the Lake Eland Game Reserve in South Africa.

When it was found, this poor snake was not feeling too well. As a matter of fact, it was dead.

The large bulge in its stomach made these men curious enough to open it up and see what was inside.

The porcupines quills had shredded the insides of the snake like a wood chipper shredding trees.

Sadly, the porcupine didn’t make it either. Even though the porcupine tried to stab its way through, they both went down together! 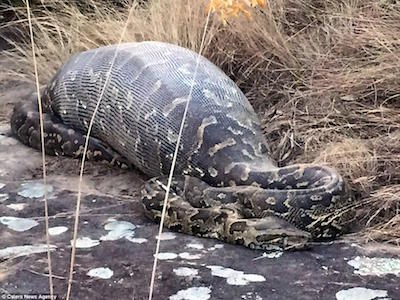 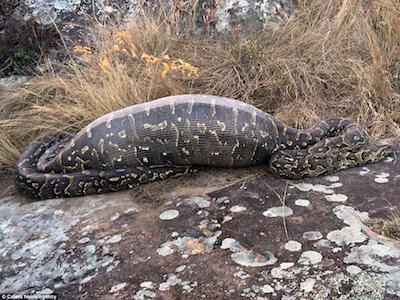 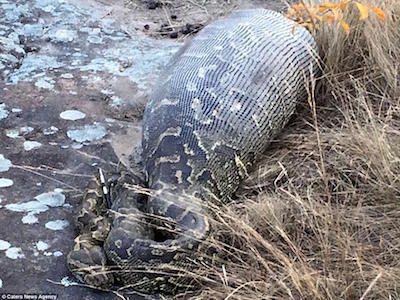 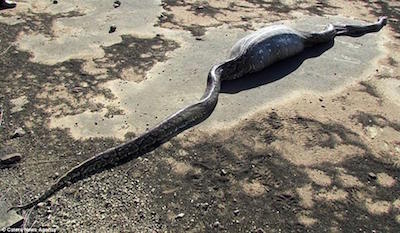 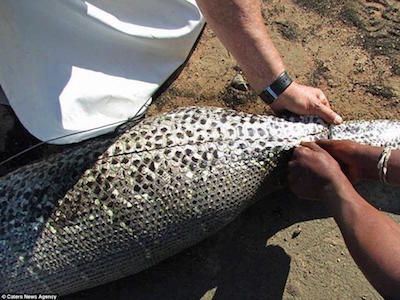 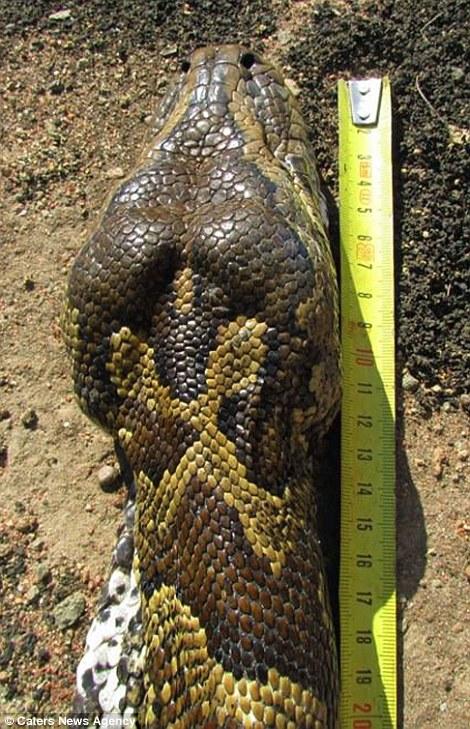 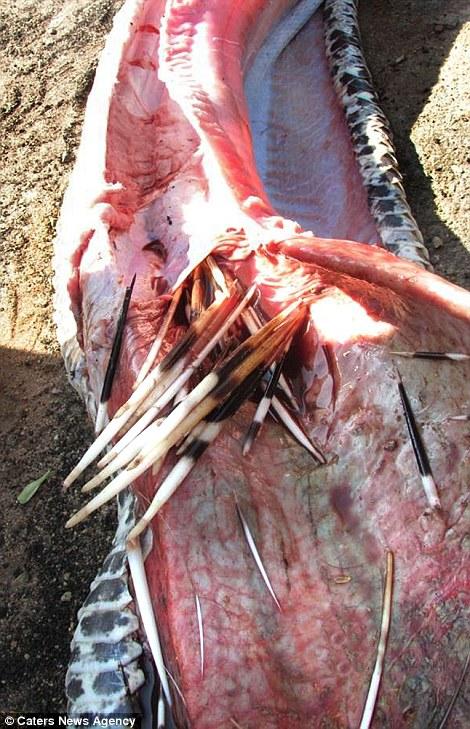 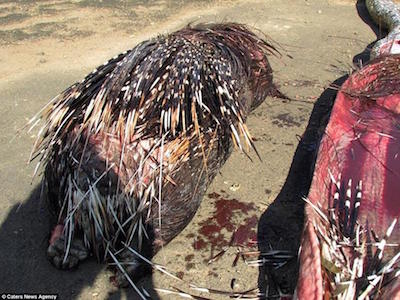