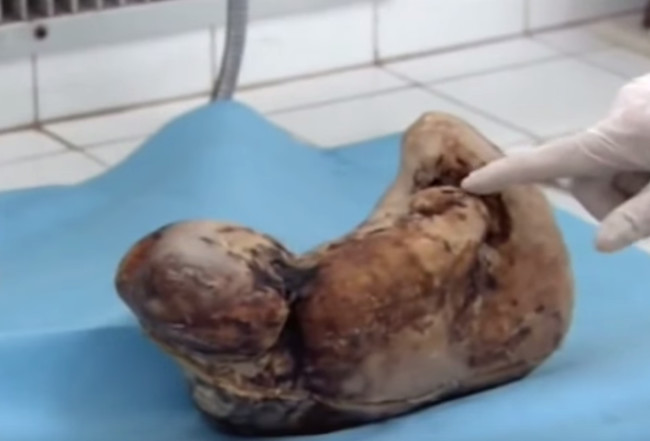 This Woman Thought She Had A Tumor, But What It Really Was Will Give You Nightmares!

In 1955 Zahra Aboutalib was pregnant with her first child. She was told that she would need cesarean section, but when she saw another woman die after the same operation, the frightened young woman ran away.

The baby kicked around in her uterus for months before it finally stopped moving.

When Zahra was 75, she began feeling horrible pains in her stomach. Her adopted children were very worried, so they decided to send her to a specialist. Doctors thought that the bulge in her stomach was a tumor, until they performed an ultrasound.

The painful mass was Zahra’s unborn baby, which had remained in her womb for 46 years. It had calcified in order to protect itself from the mother’s immune system, and eventually became hard as a rock.

This medical oddity occurred when the baby became fused to the placenta.

In Moroccan culture, if a baby stays inside the womb, it is believed to be asleep. By not being born, it protects the mother’s honor. You can see more in the video below! 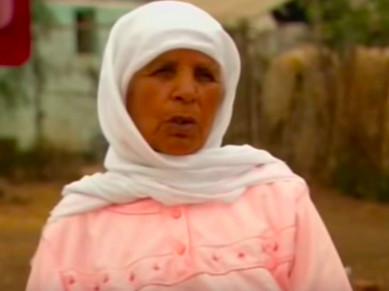 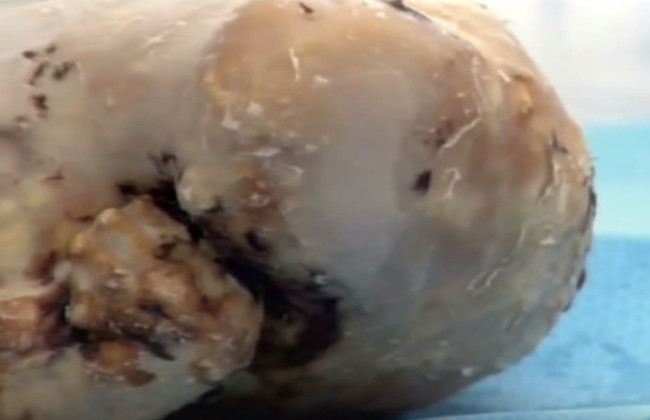 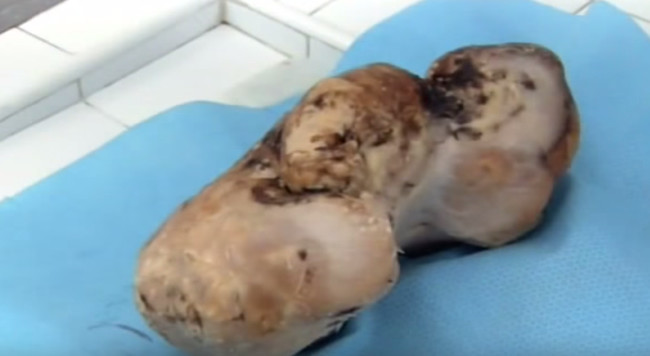