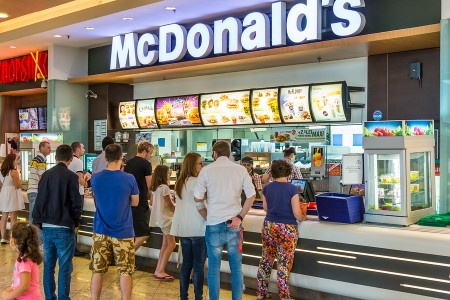 In November, thousands of customers were potentially exposed to hepatitis A after having their meal and McDonald’s prepared by an employee who was recently diagnosed with the virus. The employee who works at a location in Waterloo, New York, could have contaminated food, utensils or dishes if they didn’t wash their hands after using the bathroom. The Seneca County Health Department has advised the community that if they ate at the Waterloo McDonald’s on November 2, 3rd, 5th, 6th and or 8th, that they might need to be tested and vaccinated.

However, one customer is suing. The branches owner, Jascor, Inc., is being sued by Christopher Welch in a class-action lawsuit, filed on November 18, for potentially exposing people with the virus, which causes liver infections. Mr. Welch ate at the restaurant on at least one occasion when the worker was present, so he receive the vaccination. Some of the customers who ate there during that time have said they will get tested but not get the vaccine.

According to the Center for Disease Control and Prevention (CDC):  “Hepatitis A is a contagious liver disease that results from infection with the hepatitis A virus. It can range in severity from a mild illness lasting a few weeks to a severe illness lasting several months. Hepatitis A is usually spread when a person ingests fecal matter – even in microscopic amounts – from contact with objects, food, or drinks contaminated by the feces, or stool, of an infected person.”

While public health officials said that diners had a low risk of contracting the illness, they urge those who consumed food and/or drinks from the restaurant, during the five-day period, to consider treatments if they were not previously vaccinated against hepatitis A. The CDC’s website says that while many people will not have any symptoms, things to look for are, “fever, fatigue, loss of appetite, nausea, vomiting, abdominal pain, dark urine, clay colored bowel movements, joint pain and jaundice.”