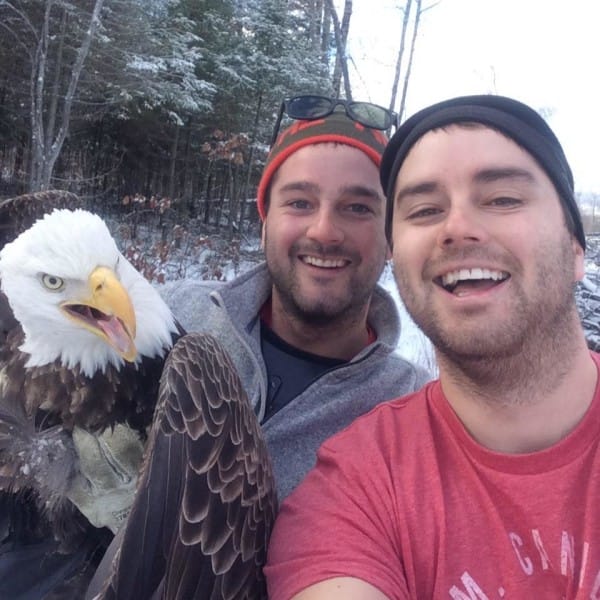 When Michael and Neil Fletcher were driving down an old road in the woods, something caught their eye that didn’t seem right. Neil told him to stop the truck.

Both of them got out of the truck and began walking around the forest to try to see if they could find with they saw. To their surprise, they spotted a beautiful bald eagle laying on the ground in a desperate situation.

He had gotten his talon stuck in a trap. The brothers waited a bit and saw that there was no hope for the poor bird to free himself, so they realized they had to act fast.

Michael took off his jacket and place it over the frightened animals head. While he struggled at first, the poor Eagle soon realized that he was being helped by the two humans.

The brothers managed to free the bird, but before they sent him on his way, they decided to take a quick photo with the animal.