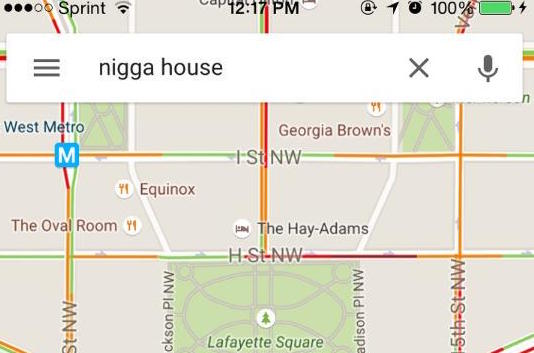 Typing A Racial Slur Into Google Maps Leads To The White House.

Typing “Nigga House” into Google Maps can lead users to 1600 Pennsylvania Ave., the address of the White House.

Google released a statement saying, “Some inappropriate results are surfacing in Google maps that should not be, and we apologize for any offense this may have caused. Our teams are working to fix this issue quickly.”

The glitch appears to be at least partially location dependent. For example, another Google Maps user found that searching on the same racist term pointed her to both the White House and a Waffle House restaurant.