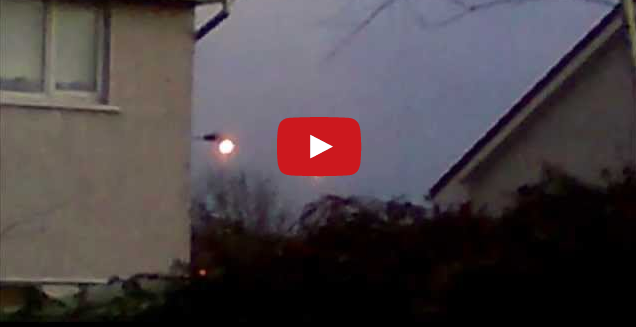 This UFO Sighting Will Make You A Believer.

In Cork, Ireland a man caught some incredible footage on his cell phone camera of what he called fireballs floating in the sky.

The witness, YouTube user Naktis Ireland, says he witnessed the bright fireballs of light appearing out of nowhere, and drifting slowly through the sky.

He explains, “I am sorry for the quality, it was filmed with a mobile phone. Ironically I had a Cannon EOS 500 D with 300 mm lens at home that could have filmed in 3000 x 3000 but I was afraid that they would disappear by the time I got my camera, as this is a very rare opportunity, so instead, I used my phone to record as much as possible.”

Well, we are glad he filmed with his mobile phone so we could share in this amazing footage with him. Watch the video, does it make you a believer?