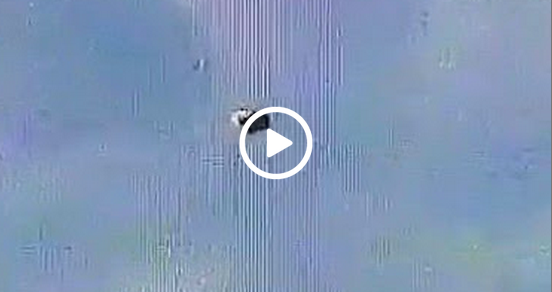 Something strange has been flying over the skies of Denver, Colorado. It has many people talking, news stations with breaking news reports and at least two videographers and one aviation expert left speechless.

According to a news report from a Fox TV affiliate, a Denver man gave the reporters a home video that shows unidentified objects zigzagging throughout a populated section of the city.

The man, who wishes to remain anonymous, told the stations that the unidentified objects have been appearing for several weeks now. He has been able to catch them on video every day between noon and 1 PM, taking off and landing somewhere in the metro area of Denver.

“He captured the images on his digital camera from a hilltop in Federal Heights, looking south toward downtown Denver,” said the reporter. “The strangest part is that they are flying too fast to see with the naked eye.”

News reporters set up their own camera on the same hilltop hilltop in Federal Heights to see if they could catch the same movements with their cameras. And sure enough, around the same time the Denver man had reported capturing the movements with his camera, they were there maneuvering through the sky.

KDVR reported that the FAA and NORAD could not confirm any unusual activity in the skies over Denver during the hours of noon to 1 PM. Go ahead and take a look at the video below and make up your own mind.