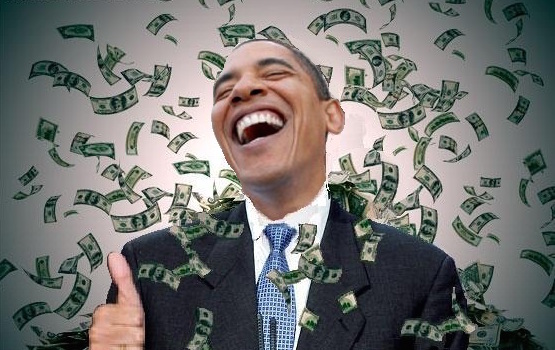 Undocumented immigrants who qualify to stay in the US under Pres. Obama’s executive action will be eligible to collect tax benefits – and could file for past credits, said IRS Commissioner John Koskinen.

Once they are issued Social Security numbers, the newly authorized immigrants can receive federal tax breaks and seek benefits dating back three years.

“The program allows you to file for Earned Income Tax Credits,” Koskinen told the Senate finance committee. “In terms of whether you can do that retroactively, the normal statutes of limitations would apply as to when you can file an amended return.”

Republican Sen. Chuck Grassley of Iowa was appalled that immigrants could be rewarded for work done illegally in prior years.

The IRS interpretation “undermines congressional policy of not rewarding those for working illegal in the United States,” Grassley told the IRS chief. “Does the IRS have any intention of revisiting their position?”

“At this point, I’m not aware that we are going to do that, but I’d be happy to look into that,” Koskinen replied.

The Earned Income Tax Credit targets low and moderate income families, especially those with children. The maximum credit for 2015 is $6,242 for a couple with three kids earning no more than $53,267.

Undocumented workers who filed taxes previously with an ID number could amend those returns once they have received their Social Security numbers, Koskinen said.

Those who never filed taxes would not be eligible for retroactive benefits.

A Congressional budget office report released in January estimates by 2017 between 2 million- 2.5 million parents of US citizens will receive approval to stay in the US under Obama’s Deferred Deportation Program.

They will be eligible for Social Security and Medicare benefits based on their work history, and can receive authorization to work.

The report found qualified workers can claim the Earned Income Tax Credit, but made no mention of retroactive benefits.

Koskinen’s comments mark a public acknowledgment of how the IRS will interpret the rules.

His remarks came amid testimony seeking $13 billion more for his agency to keep up with demands of implementing new laws, including Obama Care.