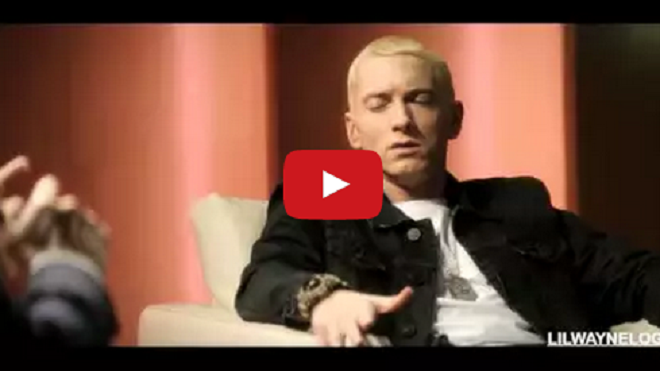 The Internet is buzzing right now as Eminem comes out as gay – in the new controversial comedy ‘The Interview’. The rapper is being interviewed by James Franco’s character when he reveals he has been hiding the fact that he is gay.

“When I say things about gay people, or people think my lyrics are homophobic, it’s because I’m gay,” he says in the interview. “I’m more shocked that people haven’t figured it out yet. I mean, it’s kind of like I’ve been playing gay peek-a-boo.”

Eminem’s publicist desperately tries to shut down the interview as he makes this shocking revelation.

Over the years, Eminem has been known to make brutally homophobic threats in his music, but has always claimed it’s a “character.” So this is either his way of joking about his own public persona, or a desperate attempt to remain relevant. Or maybe both?

Either way, it’s a fantastic scene that is sure to make you laugh. Check it out below as Eminem reveals his homosexuality.