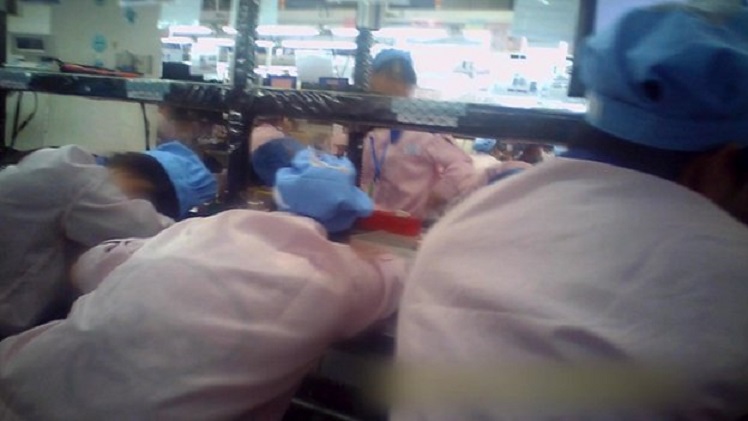 BBC News went undercover in a Chinese factory that makes Apple products and what they found will disgust you.

Apple’s promise to protect Chinese workers has been a complete lie!

This video below filmed in an iPhone 6 production line shows the unbearable conditions these workers are put under.

One undercover reporter, working in a factory making parts for Apple computers, had to work 18 days in a row despite repeated requests for a day off.

Another reporter, whose longest shift was 16 hours said, “Every time I got back to the dormitories, I wouldn’t want to move. Even if I was hungry I wouldn’t get up to eat. I just wanted to lie down and rest. I was unable to sleep at night because of the stress.”

Apple declined to be interviewed for the BBC program, but it said in a statement, “We are unaware of no other company doing as much as Apple to ensure fair and safe working condition.”

However, actions speak louder than words. According to this video, it looks like Apple is putting profits above human safety.