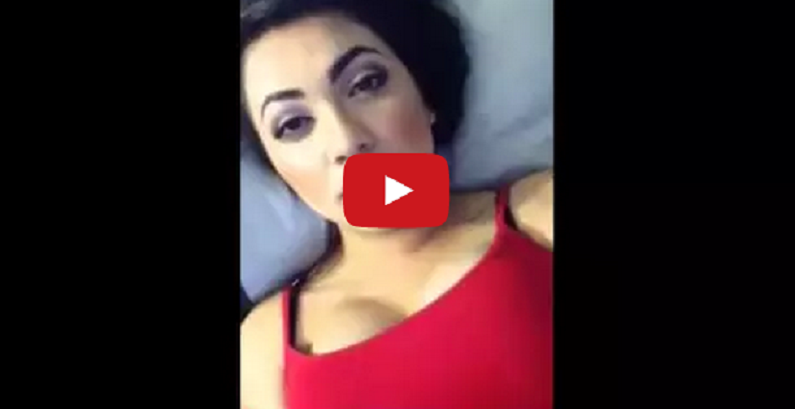 [VIDEO] Teen Blogger Tells Girls To Stay With Men Who Abuse Them Because It’s A “Sign He Loves You”.

This girl is nuts!  An 18-year-old video blogger decided to give the world some relationship advice and now the video has gone viral. She suggests to her female viewers that if their boyfriend hits them, they should stay with them.

In this disturbing clip, Romina Garcia openly supports domestic abuse and says that a boyfriend hitting his girlfriend is actually a sign of love.

“I just wanted to say that if your boyfriend or the guy that you are with puts his hands on you, like he hits you or beats you up or whatever he does, stay with him,” advises Garcia. “That N*gga f*cking loves you because he’s risking for you to press charges on him, he is risking for you to know, you calling the police or you know, he’s going to do time or he is going to have to pay money to get out of jail or whatever the case may be. He’s risking all of that for you.”

Garcia goes on to describe a recent experience in which her boyfriend showed his undying affection for her by giving her a black eye.

“The other day my boyfriend gave me a black eye, it was my fault, like, he didn’t mean – I mean he, he – he was going to hit me but like I moved, so he got my eye,” Garcia said. “After I realized how stupid I was, how I could have avoided everything, I got my knees and I begged him like please don’t leave me, like, I am so sorry for what I, you know, for what I did. Like, you gave me and order and I didn’t follow it and now I know not to disrespect you, not to talk back, if he gives me an order to follow it.”

Take a look at the twisted advice video blog from Garcia below: