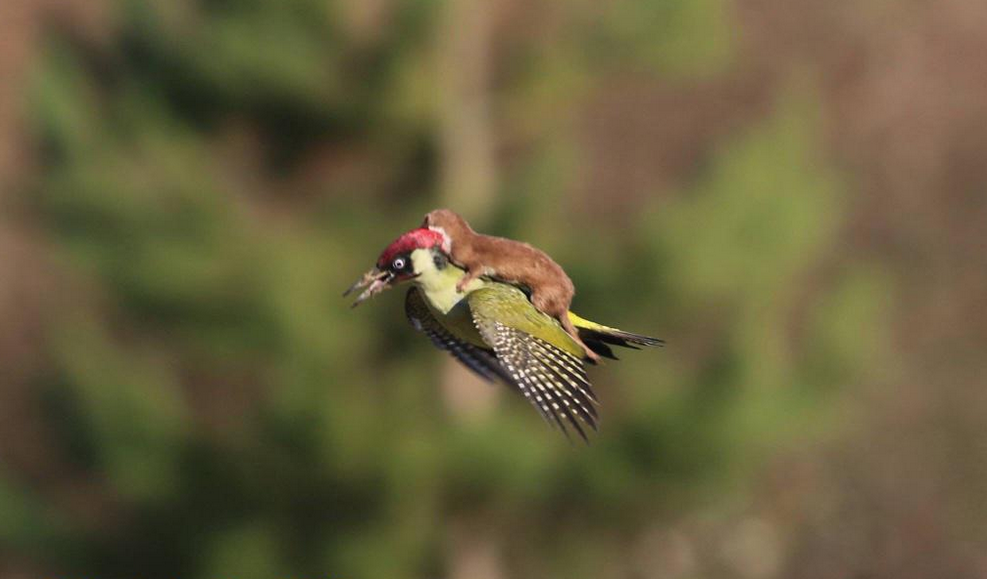 Photographer Martin Le-May captured a unique image of a weasel holding on to the back of the woodpecker while flying in the air.

Although it sounds unbelievable, the picture is authentic.

Le-May told IVT News that he snapped the photo Monday afternoon while taking a walk through a London Park with his wife.

“I heard a distressed squawking noise and feared the worst,” he said. “I soon realized it was a woodpecker with some kind of small mammal on its back.”

Le-May And his wife grabbed their binoculars and watched as the bird hop and flap its wings, trying to dislodge the weasel.

“Just after I switched from my binoculars to my camera the bird flew across us and slightly in our direction. Suddenly it was obvious it had a small mammal on its back and this was a struggle for life.”

The woodpecker landed, and the weasel safely escaped. No animals were harmed.