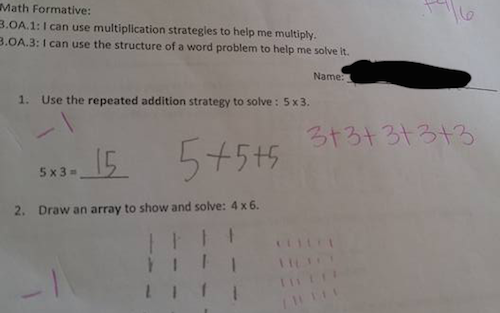 The web has picked up a storm after child was marked as incorrect for saying “5+5+5=15” on a grade school math test.

The question simply asked to use repeated addition to solve 5×3. the math question is a typical question set by the Common Core for third-graders. However, under the guidelines for the Common Core, you are supposed to understand 5×3 as “five groups of three” not “three groups of five.”

The child was then marked down again for drawing six rows of four instead of four rows of six. The image was originally uploaded to Imgur and read it about a week ago where many commenters were infuriated by the overly pedantic “by the book” thinking.

One popular comment on the Reddit post said, “So now you just took a kid who was doing well at math, confused them, and turn them off of it with your continuous nitpicking of sh*t that doesn’t matter.” 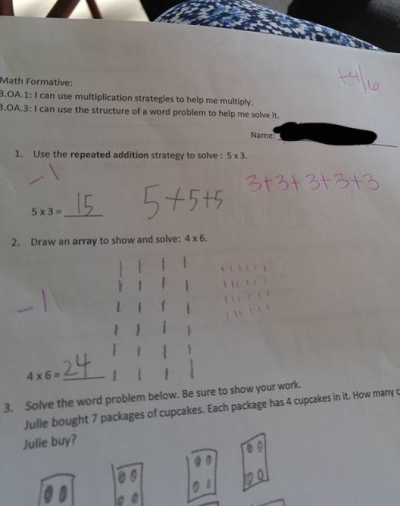