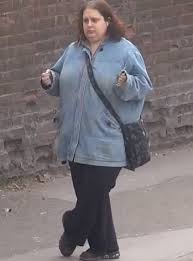 Woman Gets Her Groove On While She Thinks No One Is Watching, Then…. Ellie Cole, was waiting at the bus stop when her favorite song came on. A passerby was secretly filming her dancing, but I swear when you watch this, she was definitely holding back. The silent movie became an online sensation, as online lookers watched her dance to her own groove. That’s when the power of the Internet took hold of the silent video. Viewers determine the call was listening to the song “knockdown” by Alicia Dixon and created this version with the music.

Her 3 minutes of fame landed Cole a role in a play at The Pointe Theatre in her hometown of Eastleigh, England after a writer saw the video online. Cole previously studied performing arts in college but had to drop out because she could not afford it. “I’m just a normal everyday person who happens to like dancing at the bus stop,” Cole told reporters. “Still to this day I find it hard to believe what happened with the video. It’s like ‘wow, why me'”?