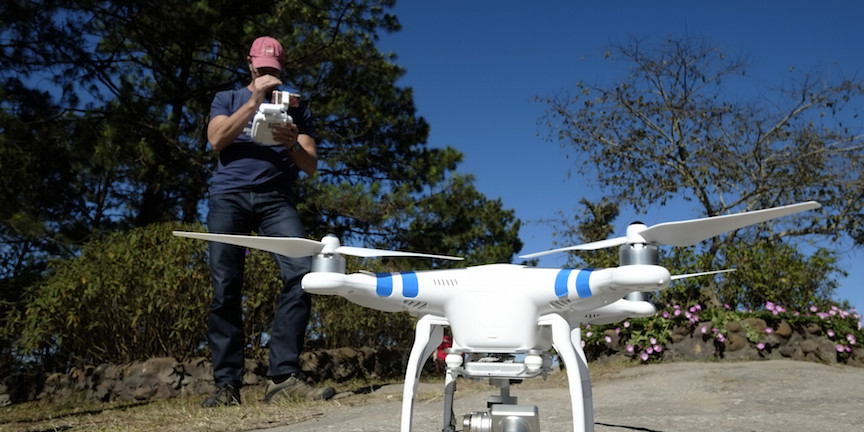 You May Be One Of The 6 People Affected By Recent FAA Proposed Rules For Drones.

The most-noteworthy rule states drone operators must remain within visual distance of the drone aircraft.

News outlets quickly picked up on the potential negative effects of this rule on Amazon’s investments in future drone deliveries.

But, the news has failed to discuss other groups who might also be “grounded.”

Searching the words “Drone video” on Youtube returns an obscene amount of mind-numbing videos of sweeping landscapes and overhead shots of famous landmarks.  Viewers can’t seem to get enough of the canyons, ocean beaches, and forest streams.  Why look at New York City skyscrapers from the ground when you can view them from a few feet up.

If the FAA gets its way, drone video enthusiasts will be forced to watch old, worn-out, tired cat videos instead of 17 minutes of some random surfer struggling to catch a wave.

High School A/V clubs exist to further the dreams of the next generation’s directors and producers.  In limiting their use of drones, how are 17/18 year-old pimply-faced teens going to recreate the zip line scene from Divergent or the tracking shots from Lord of the Rings?  Guess it’s back to using shoebox dioramas.

In the big cities across the country, one can hear the groans of agony as delivery-persons wearing ridiculous uniforms climb 12 flights of stairs to reach the top apartment in an elevator-less building in the hopes of earning a $0.50 tip.  Dreaming of the days when they can launch a helicopter drone from the back of their beat-up, yellow, Toyota Pickup to delivery yummy boxes of goodness, they just had those dreams dashed.  Statistically speaking, at least one is plotting to become a criminal mastermind.

Hoping to be the next Sacha Baron Cohen or Tom Green, hordes of struggling comedians unafraid of being punched are piloting drones in search of private people doing private things and video the shenanigans.  What is more viral worthy than watching someone get screamed at to delete a recording while pretending his or her drone does not have a camera.

For years, the paparazzi have been blocked from the private lives of celebrates by pesky things like walls, and gates.  With the proliferation of affordable drones, paparazzi can invade celebrity’s private properties from above.   Or, they would if the FAA’s rules don’t pass.

Hoping to be spared the looks of disgust they receive when buying their telescopes, Peeping Toms have discovered they can purchase drones free from reproach while expanding their area of “peeping.”  With the FAA’s new rules, these perverts will have to look for topless women sunbathing another way.