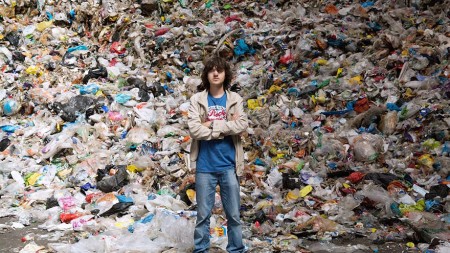 You’ll Never Guess How Much Plastic Is In The Ocean.

All the plastic that has ever been created still exists today. Crazy fact right? Last year, one study in the journal PLOS estimated that there is a minimum amount of 5.25 trillion floating plastic particles in the ocean. These particles amount to about 268,940 tons of weight and that only accounts for plastic on the surface, not including what has sunk. 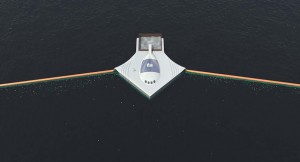 This probably isn’t the first thing on most people’s minds, in a society that has started using plastic more than ever we might want to start thinking about how to clean up this mess before it becomes a problem. One such inventor has already started coming up with a solution how to clean up Earth’s oceans and he is only 20-years-old.

Boyan Slat of the Netherlands has started working on a project that would help rid the ocean of the plastic that has been irresponsibly thrown out. Slat plans on using the ocean’s current to its advantage.

The technology produced by Slat’s Ocean Cleanup Foundation would consist of arrays of floats that would skim garbage off of the surface of the water, but would still allow wildlife to swim safely below it. It is estimated that a 100km stationary array could remove 43% of the Great Pacific Garbage Patch over 10 years. That would amount to a staggering 70,320,000kg of plastic waste. 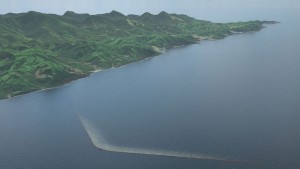 The foundation is now running a trail system out in Japan that is about 2,000m. Once completed this will become the longest floating structure in the world. Hopefully Slat and his team succeed in making this vision a reality. We can only go on destroying the only planet we have for so long.