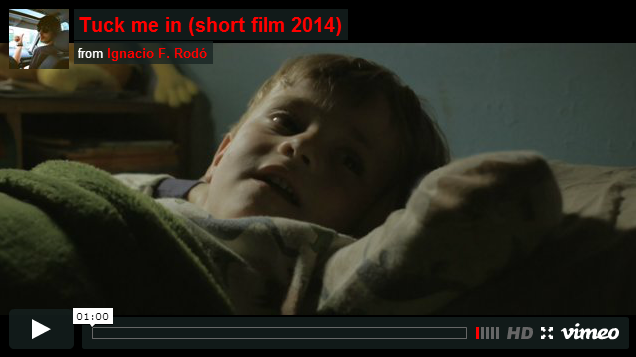 This 1 Minute Film Will Send Chills Down Your Spine, Based On A Real Event.

This short film created by Juan J. Ruiz called “Tuck Me In” will have you sleeping with the lights on tonight.

This film originated with a question asked last year on Reddit: “What is the best horror story you can come up with in just two sentences?”

If you don’t think it’s possible to be absolutely terrified by just two sentences, think again.

Juan J. Ruiz responded with his terrifying encounter: “I began tucking him into bed as he tells me, ‘Daddy check for monsters under my bed.’ I look underneath for his amusement and see him, another him, under the bed, staring back at me quivering and whispering, ‘Daddy there somebody on my bed.'”

The film has gone on to receive ‘Best Filminute’ and ‘Cinecoup Prize’ awards and has been shown at several film festivals around the world.

Watch the video below and prepare to be terrified: