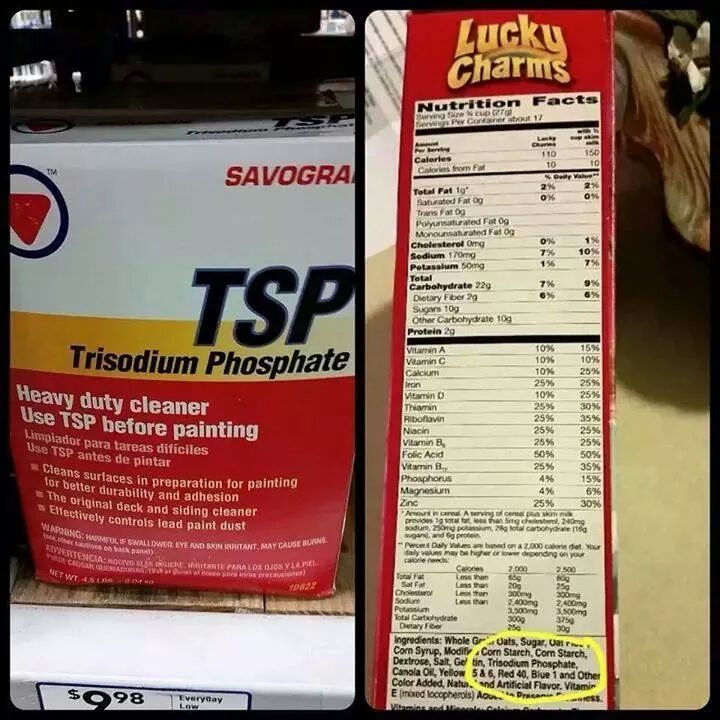 Several cereals contain a toxic additive known as Trisodium Phosphate, which the FDA considers “safe”, but is it really?

The challenge is staying informed about what we are eating, and it is becoming more difficult as time goes on.

Trisodium Phosphate is a popular chemical known to construction workers as ‘paint thinner’, but a lot of people don’t know they are eating it for breakfast.

Even though it appears right on the ingredients label, people do not realize it is an industrial cleaning agent. And it gets worse, the government doesn’t even want you to clean with it because it’s considered bad for the environment. However, it is okay with the FDA that it is part of your complete breakfast.

TSP appears in 6 varieties of Cheerios as well as Trader Joe’s brand of Cheerios, as well as many other brands. Even if it is GMO-free, nutritionists would never recommend the cereal due to the TSP ingredient. TSP is not just a paint thinner, it is used to wash painted walls for preparation, it is a degreaser, mildew remover, siding cleaner and can abate lead in paint with repeat washing. It comes with first aid warnings due to its extreme alkalinity. However, the FDA approves us to eat it. 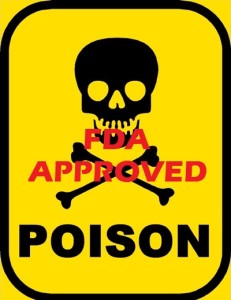 Although it is approved by the FDA as a food additive, the government has decided it is bad for the environment because of algae blooms in freshwater. TPS was phased out of dishwashing and laundry products in 2011. But still approved for commercial use because they need to keep things clean for people. So, we can’t clean with it at home because it’s bad for the environment, but it is okay in our food.

Check out this video from Nick Brannigan and Vicky LePage as they hit the Las Vegas Strip trying to educate people about paint thinner in their cereal. Their reactions will amaze you.