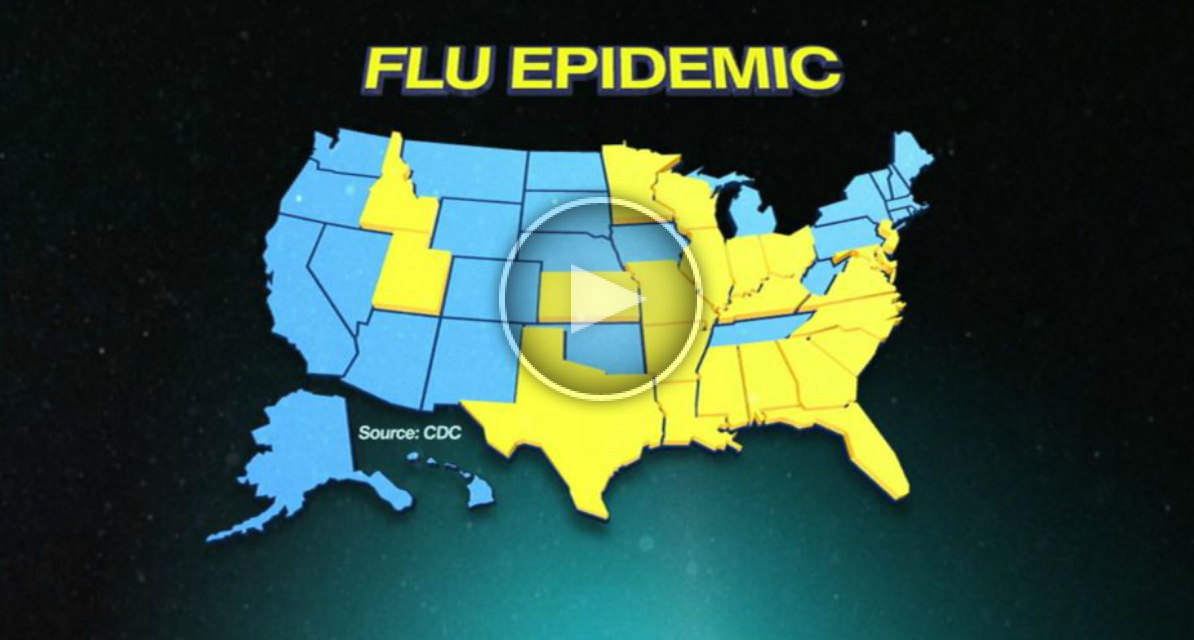 So far this season, 15 children in the United States have died from complications of the flu.  The Center for Disease Control and Prevention has officially declared the illness and epidemic.

According to ABC news, the number of states reporting a high amount of “influenza like” illness has increased from 13 to 22 since last week’s report, with outbreaks in every region of the country.

Hospitalizations also climbed this week with seniors and kids younger than 4 accounting for the highest rate of hospitalizations.  Tennessee is under the highest widespread outbreak category, as 6 children have died from the flu so far this year. According to the CDC, East Tennessee Children’s Hospital has seen 442 children with the flu just in the month of December.

This year’s strand of the flu has been the worst they have seen in a long time, since the previous strand has mutated and vaccines are not working.

A mutated version of the influenza A (H3N2) component that’s contained in this year’s flu shot is the most common strain that’s currently circulating. But since the strain has changed since this season’s vaccine was formulated, that means that the flu shot you may have gotten will do even less than usual to keep you from getting the flu.