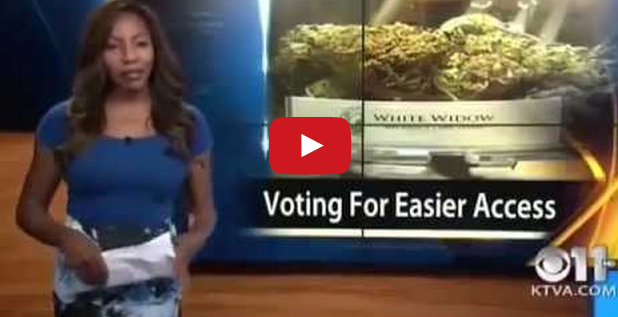 Alaskan Reporter Quits On Live TV, “F*ck It, I Quit”. Say what you mean, mean what you say – This is a quote that ‘former’ Tv News Anchor Charlo Greene obviously lives by.

Greene stunned her audience and coworkers Sunday night by revealing live, on-air, that she was the owner of the Alaskan Cannabis Club. This club is an organization that connects Medical marijuana cardholders with ‘kush’. Greene announced “As for this job, not that I have a choice, but … f*ck it. I quit.”

Greene says that she would be devoting all of her energy to “fight for freedom and fairness, which begins by legalizing marijuana in Alaska.” She then walks off-camera, leaving the anchor stunned and speechless, stuttering into her next segment.

On Greene’s Indiegogo page, she goes into more detail about her mission, mocking “prohibitionists” who use “fear mongering” tactics and “don’t know how to use Google.” In a Reddit thread, a former employee of Greene’s spoke out against her before deleting this post:

Before Greene’s segment aired, followers of the Alaska cannabis club sent out posts on Twitter and Facebook urging people to tune in. Greene says her station had no idea what she was going to do. In a statement to KTVA, Green explained her decision to quit on-air, “Because I wanted to draw attention to this issue. And the issue is medical marijuana. Ballot Measure 2 is a way to make medical marijuana real. Most patients didn’t know the state didn’t set up the framework to get patients their medicine. If I offended anyone, I apologize, but I am not sorry for the choice I made.” KTVA says Greene has been “terminated.” CLICK HERE —> TO LIKE DAILY BUZZ LIVE ON FACEBOOK! 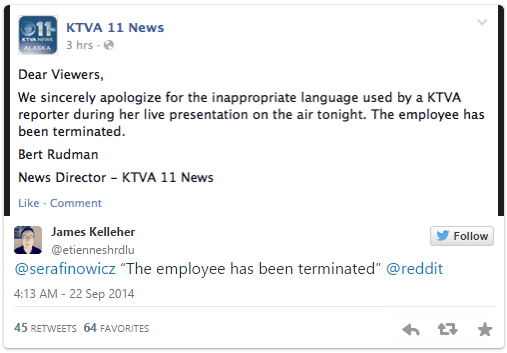