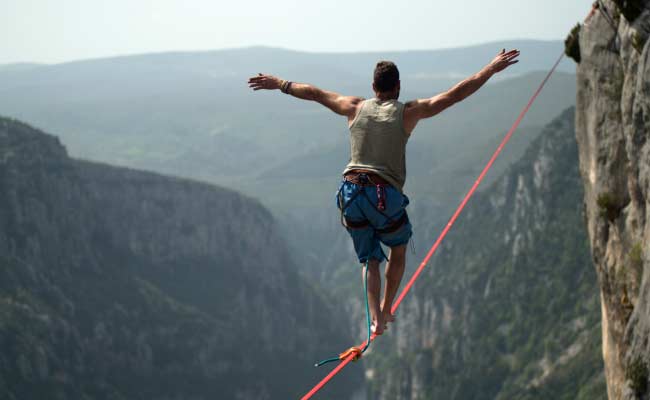 Are Men Idiots Who Do Stupid Things? Study Says Yes.

A new study shows what many of us had suspected for a very long time: Men are idiots and do stupid things.

The study, published British Medical Journal, looked at past winners of the Darwin Awards. The awards are given to those people who die in such an idiotic manner that “Their action ensures the long-term survival of the species, by selectively allowing one less idiot to survive.”

Limitations of the study, the authors noted, include its retrospective nature, selection bias – women may be more likely to nominate men – and reporting bias – male candidates for the award may be more newsworthy than female candidates.

But the authors wrote: “Despite these limitations there can be little doubt that Darwin Award winners seem to make little or no real assessment of the risk or attempt at risk management. They just do it anyway. In some cases, the intelligence of the award winner may be questioned. For example, the office workers watching a construction worker demolishing a car park in the adjacent lot must have wondered about the man’s intelligence. After two days of office speculation – how does he plan to remove the final support to crash the car park down safely? – They discovered, on the third day, that he didn’t have a plan. The concrete platform collapsed, crushing him to death and flattening his mini excavator.”

Other examples of past winners the study cited: the man who shot himself in the head with a “spy pen” weapon to show his friend that it was real; and the terrorist who mailed a letter bomb with insufficient postage and who, upon its return, opened it.

In case you were wondering, the study’s authors are all male. They include 15-year-old Ben Alexander Daniel Lendrem, a student at King Edward VI school in England, and his father, Dennis William Lendrem, of the Institute of Cellular Medicine in Newcastle.

But just exactly why men act the way they do confounds the researchers: “It is puzzling that males are willing to take such unnecessary risks – simply as a rite of passage, in pursuit of male social esteem, or solely in exchange for bragging rights,” they write.