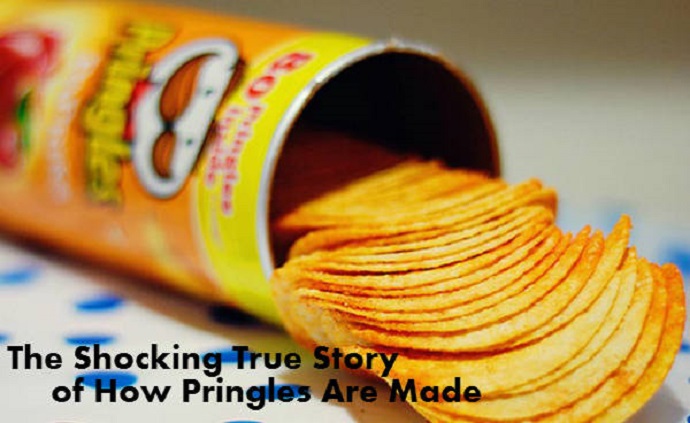 Cancer In A Can: The Shocking Truth About How Pringles Are Made.

To understand the nature of Pringles and other stackable chips, forget the notion that they come from actual potatoes in any recognizable way.

The Pringles company, in an effort to avoid taxes levied against “luxury foods” like chips in the UK, once even argued that the potato content of their chips was so low that they are technically not even potato chips. So if they are not made of potatoes, what are they exactly?

I’m sure nearly everyone reading this likely enjoys the taste of potato chips. However, they are clearly one of the most toxic processed foods you can eat – whether they are made from actual potato shavings or not.

So what is this toxic chemical they have chosen to add to these snacks? Potassium bromate – a preservative allowed in limited quantities in the US but banned in China, Hong Kong and other countries because tests have found it to be carcinogenic.

Potassium bromate is a chemical additive used in flour to improve the action of the gluten. Gluten is a protein in wheat flour that gives bread dough its elasticity during kneading and that allows dough to rise by trapping gases produced by yeast. By strengthening the gluten, potassium bromate results in bread that rises higher and is more likely to hold its shape.

In the US, the FDA has encouraged bakers to voluntarily stop using brominated flour, but most of them have not. This includes the Pringles company. 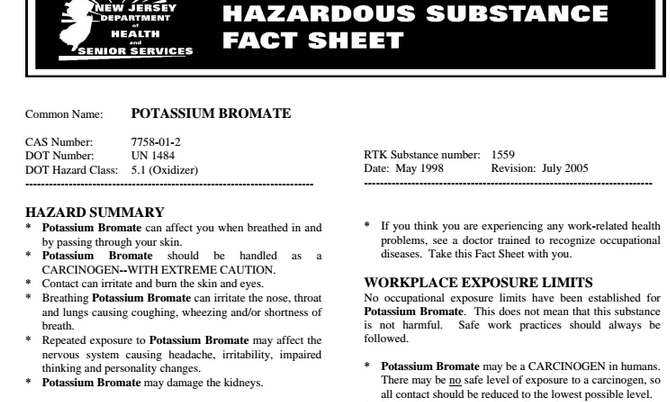