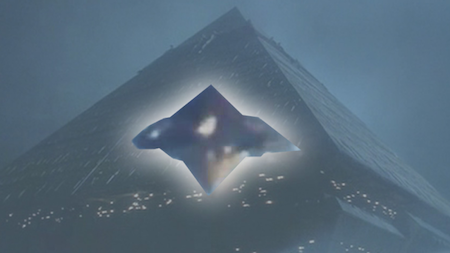 A colossal pyramid shaped UFO appeared over Sao Paulo, Brazil, sparking a panic that a full-blown alien invasion of Earth had begun.

The UFO, called a “mothership” by some, Was captured on video By people in the area and uploaded to YouTube.

Scott Waring from UFO Sightings Daily, says that this kind of sighting isn’t really new. “This shape of UFO has been recorded before in the past,” he told Metro. In 1996, a similar flying pyramid was seen by a pilot over Pelotas, Brazil.

Check out the video below. What do you think it was? Share and leave your comments!