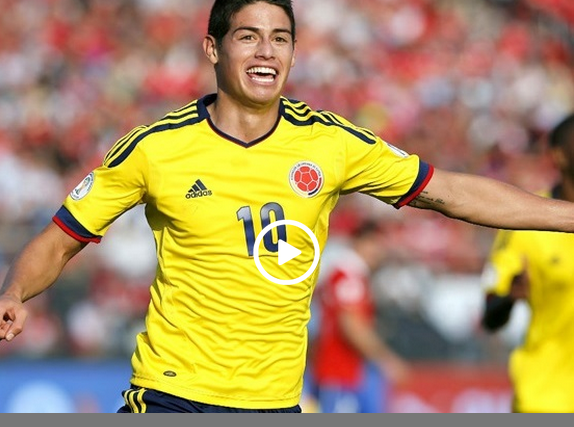 Columbia’s James Rodriguez Scores Most Beautiful Goal Of World Cup. When we look back on The 2014 World Cup a decade from now, it may be remembered as the tournament where 22-year-old Colombian midfielder James Rodriguez announced his arrival on the world stage. In his fourth of the World Cup, Rodriguez scored a stunning goal to put Columbia up 1-0 in the 28th minute. With his back to the goal a few yards outside the penalty area, Rodriguez chested the ball to himself, turned and fired a bullet that grazed the underside of the crossbar in one fluid motion. It was an absolutely perfect shot.