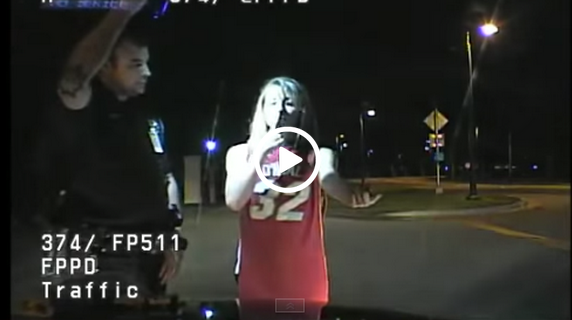 Cop Gives DUI Test Over And Over Again To Girl Wearing No Pants.

The police officer pulled over a young girl who was leaving a party after doing a couple shots of alcohol. When she exited her vehicle he noticed she was only wearing a shirt and her underwear.

When he asked her why she had no pants on, she said that’s typically how she drives home from work. Whatever the case may be, he continued to do a sobriety test on the underdressed young woman.

For some strange reason he felt he needed to give her the same sobriety test over and over again. He could have noticed, through his testing within the first minute, that she was under the influence.

But police are perverts too. It’s only obvious that he wanted to see her walk back and forth barely dressed.

The humiliation and harassment of this police officer to this young girl was uncalled for. But he has the badge, so I guess he gets to do whatever he wants.