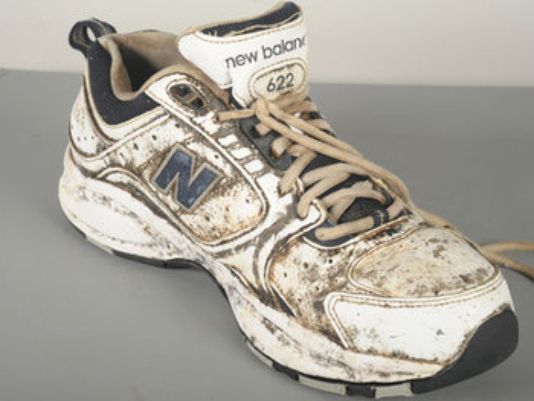 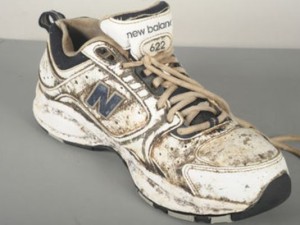 Shoe Washes Up On Seattle Shore With Human Foot Inside.  King County Medical Examiner’s office has released a photo of a shoe that washed up along Seattle’s waterfront on May 6, 2014 in hopes that it would help identify the victim. It is a new balance tennis shoe, men’s size 10 1/2, with white and blue trim. The shoe was first available for purchase in April 2008. Also on the foot was a black, cotton Hanes Brand stock. It is still unknown the sex, age and ancestry of the victim.

This seems to be a pattern since 2007. Over the last seven years there has been at least 12 cases in which a human foot in a tennis shoe has been washed ashore in the surrounding waters. Many of them were found in British Columbia. Curtis Ebbesmeyer of Seattle, an oceanographer, told the Times, “It is common for decomposing bodies to come apart at the joints, including at the ankles. There have been at least 2 feet turning up in Puget Sound over the past decade. The lightweight sneakers stays afloat protecting the remains.”