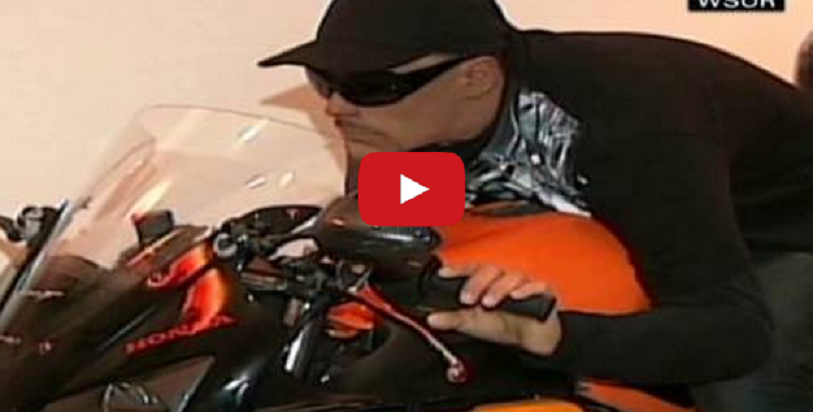 Dead Man Rides Motorcycle At His Own Funeral.

What would you think if you showed up at your family or friends funeral to find him posed on a motorcycle, looking like he is ready for a night out?

After David was killed in a shooting, his family asked this funeral home to fulfill this unusual request, a post-mortem display.

And this hasn’t been the only request the funeral home has fulfilled. Last year they posed a deceased man standing for the viewing at his own funeral. A bit creepy? Some would say yes. But apparently this trend is catching on as a “last request.”

“It’s not an easy job to position the deceased, it takes special skills,” said the funeral home owner. “The body has to be stiff enough to pose, but flexible enough to be laid to rest within a coffin afterwards.”

By law, the body’s last resting place must be in the coffin, not the motorcycle.

So, if you’re thinking of some unique ways to leave this world, you might want to consider this! Check out the video!