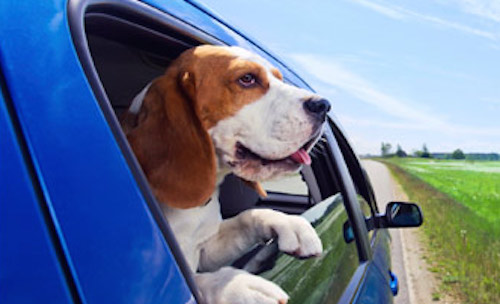 One distraction haven’t seen given much attention to, but occurs frequently, as drivers who let their pet sit in the front seat with them. When I saw recently: the Pat was large enough that the driver had to look around him. Others climb back and forth in front of the driver. Not only are they endangering others, but the pets will certainly die if the airbag is released.

There’s no law against having your dog in your car. But a pet sitting in your lap is a serious peeve, police say. “If I saw a driver with an animal in their lap, I pulled a person over in charge them with careless driving,” said OPP Sgt. year Chamberlain. “But, no, generally speaking, letting your pet loosen the vehicle is not an offense, unless the animals movement or behavior causes you to drive erratically.”

Even though laws do not require animals to be restrained inside of your car, the SPCA recommend securing your pet with the car restraint, a crate or a gate to keep them away from the driver. “It prevents the animal from jumping into the driver’s lap,” says OSPCA spokesman Brad Dewar. “A restraint isn’t like a seatbelt, the dog is still able to have some movement and he can look out the window.”

The restraint is also supposed to keep your pooch from becoming a projectile in a crash, which could be deadly for the animal – and for passengers as well. “That 40 or 50 pound animal could hit you in the back of the head,” Chamberlain says. Not to mention the airbag. The impact of an airbag could kill your loyal companion instantly.