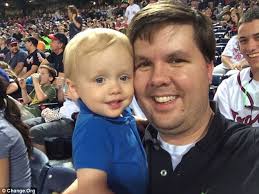 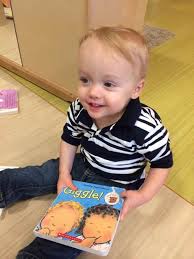 Father Charged With Son’s Murder By Purposely Leaving Him In A Hot Car. A Georgia father has been charged with felony murder in the torturous death of his 22 month old son, Cooper, after leaving the boy inside his SUV for several hours in the heat of the day. The man’s family insists it was a tragic mistake, but police disagree. Cooper died of heat stroke, and Justin Ross Harris, 33, will have to face a jury. This incident has drawn outrage from people who believe the man has already suffered enough, and have created a petition to free the grieving father.

On Wednesday, Harris buckled his son Cooper securely in to his cart seat and headed to work. He was supposed to drop off his son at daycare, but he never did. The temperature outside was over 90° by noon. After a long day at work as a web developer at Home Depot corporate office near Atlanta, Harris was driving home for the night and he noticed his son was still in the backseat of the car. He quickly pulled into a shopping center parking lot, where witnesses say he rushed to save Cooper. “He kept saying, ‘What have I done? What if I done'”, witness Dale Hamilton told ABC affiliate news station WSB – TV. “He laid his son on the ground and started doing CPR, trying to resuscitate him. Apparently, the child wasn’t responding.”

Police searched Harris’ Home Depot office, then arrested the father and charged him with felony murder and child endangerment. Cobb County Police Sgt. Dana Pierce said, “Until we more or less run out of the information that we are having to track down, right now these charges will stand.” Outrage is sweeping across the Internet, with some saying the father simply made a tragic mistake. Others however, agree with the police. Harris supporters have raised more than $18,000 for his defense. One commentor wrote in the petition, “The justice system can’t punish Ross worse than he is punishing himself.” Another wrote, “It will only cause more pain for a grieving family.” According to ABC’s Chief Legal Affairs Anchor Dan Abrams, police feel strongly about the murder charge in this case. “We don’t know exactly what evidence they have, but they have executed a search warrant. And it’s not uncommon for computer related searches to yield information,” Abrams said. “Whatever the evidence is, the authorities believed it warranted bringing charges very quickly.”