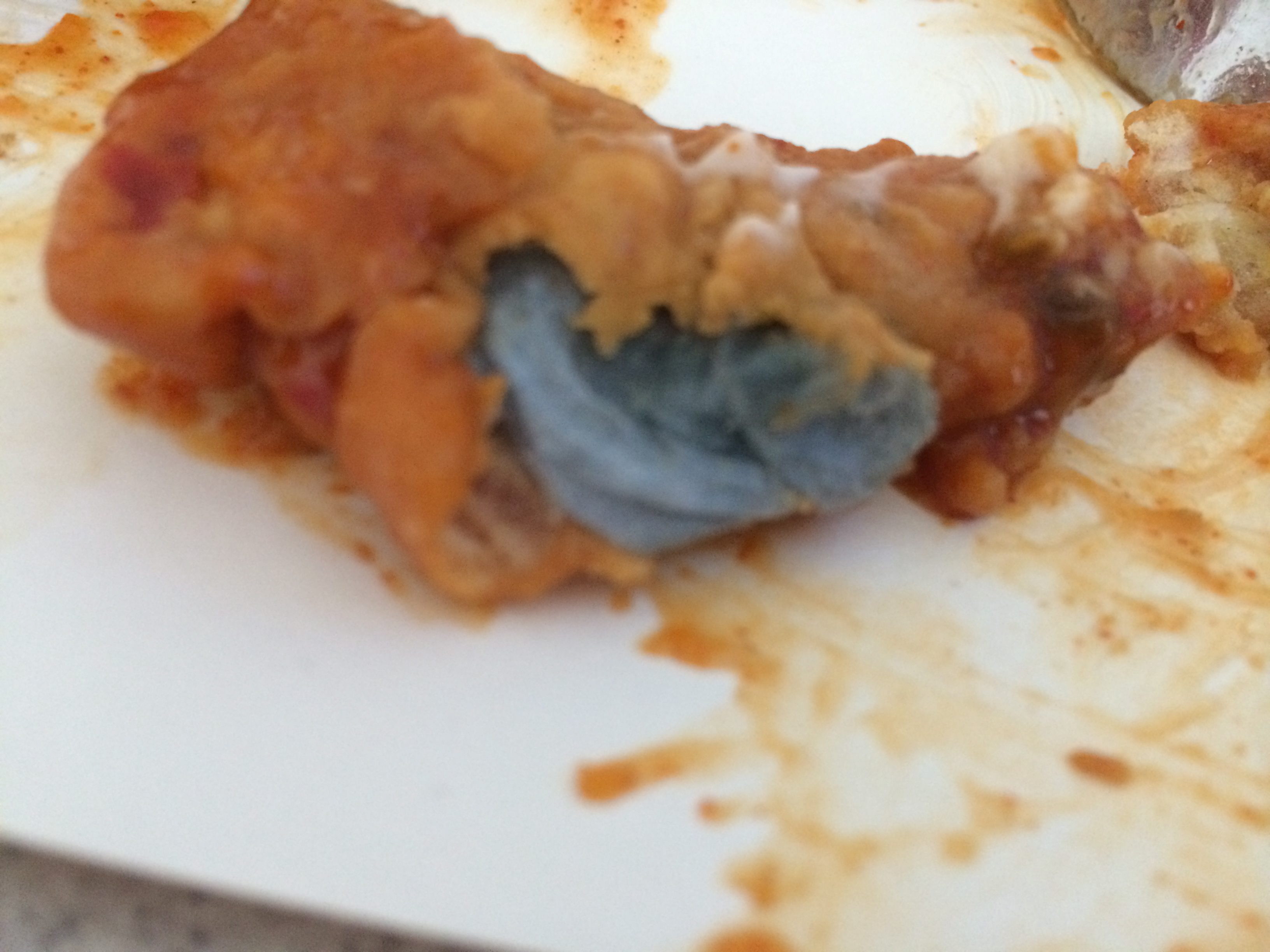 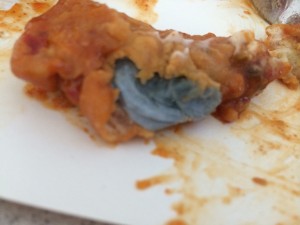 Find Out What This Boy Found In His KFC Fried “Chicken” KFC has had many long debated controversies over things like food quality issues, animal mistreatment and now it seems they have another issue with their food not containing chicken at all! A KFC chain in Killingsworth, England was recently reported to have fried and served a blue paper towel to a paying customer. From the looks of the picture it looked like a piece of fried chicken… that is until you bite into it. It all started when Krystal Henderson, 29, and her step-son, Oliver Hallam, 7, purchased takeout from a KFC branch that was located in Killingsworth. After taking the food back to their home in Newcastle, Oliver took a bite of the so called “chicken” only to reveal a blue textured object in the place of the chicken. “He pulled it out of his mouth and when he did, it pulled away the batter-you could see the blue roll inside,” said Henderson to the Daily Mail. Henderson believes that the fact that it was a paper towel might even be worse than if it were bad chicken.

“If it was bad chicken they might have just had a bad batch or something,” she said. “But the blue roll could have been used for anything-it could have bleach or disinfectant on it… Had someone wiped their hands on it, had it been used to wipe the floor?” Clearly Henderson was not happy with this discovery and KFC investigated into the incident. In May they sent out an apology letter to Henderson “explaining,” “The blue tissue has most likely originated from a tissue roll used for KFC hygiene purposes. The store assume it must have fallen unseen into the breading lug that is under the sieve and was not noticed by the cook.” 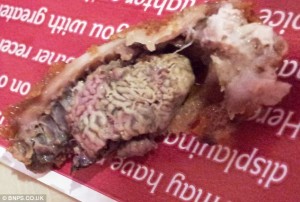 So after KFC’s alleged investigation, all they have to tell this woman and her step son is that they assume what happened. I’m not really sure if that would totally satisfy me as a consumer of a product. Come on KFC get your stuff together. At least give the woman a gift certificate or something. Not that she probably ever wants to eat there again or anything. This isn’t the first time that someone has found something surprising in their KFC fried “chicken.” Back in January of 2013 James Lally discovered what appears to be a brain in his fried chicken that later turned out to be a chicken kidney, according to KFC.  CLICK HERE —> TO LIKE DAILY BUZZ LIVE ON FACEBOOK!